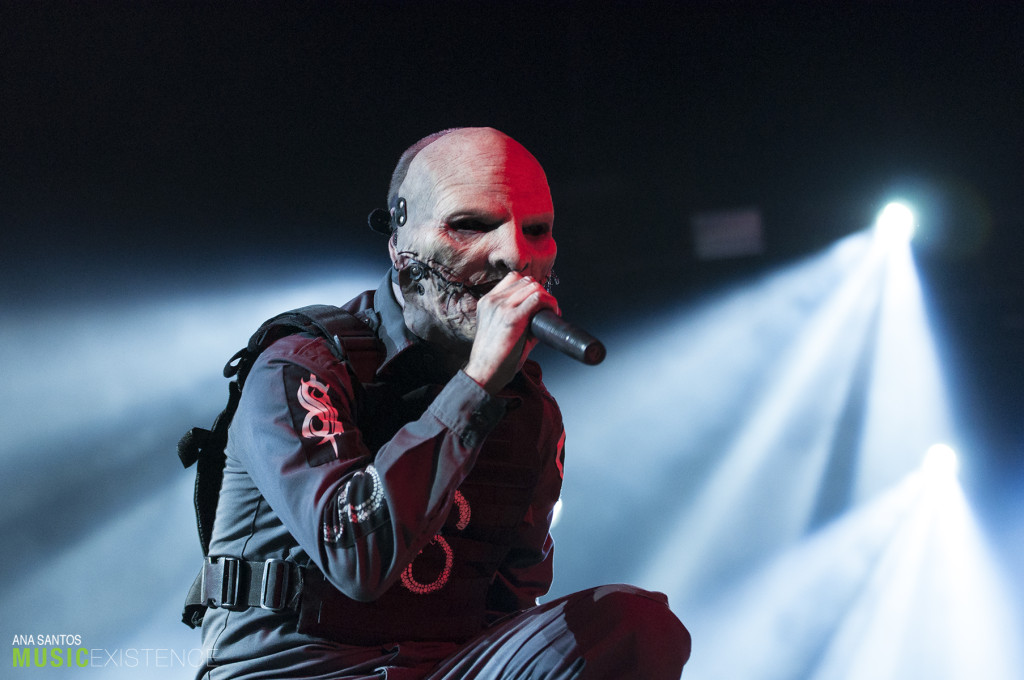 After slaying the senses of 50,000 fans at the November 2014 debut of KNOTFEST JAPAN, SLIPKNOT, premier Japanese promoter Hayashi International Promotion (H.I.P.), and 5B Artist Management have announced its return in 2016.  Set for November 5 and 6, this marks the second outing of the premiere international festival KNOTFEST, which debuted in November 2014 to a sold-out crowd at Makuhari Messe in Tokyo.

The festival’s first international showing, 2014‘s KNOTFEST JAPAN, sold out well in advance with a bill led by Slipknot and a line-up of rock music’s finest.  The two-day event took concertgoers through a wonderfully twisted aural onslaught in tandem with apocalyptic carnival attractions, festival games, photo booths, and Godzilla-size fire.

In true SLIPKNOT fashion, KNOTFEST JAPAN 2016 ups the ante in all aspects. This year boasts a lineup of 20-plus bands, showcasing not only some of rock’s biggest names, but a myriad of Japanese and international artists. The hand-crafted lineup, which on its last outing featured some of Japan’s most celebrated rock acts such as Maximum the Hormone, One Ok Rock, and Man With A Mission, will be revealed shortly with SLIPKNOT headlining both nights. No other rock festivals in Japan have this level of depth on the line-up and offer such a strong mix of domestic and international bands.

“I celebrate Knotfest Japan as a high watermark of my legacy,” exclaims Shawn “Clown” Crahan of Slipknot. “We began plotting our return the moment we got on the plane home. Japan holds a special place in all of our hearts, and it’s beating, brutal, and beautiful. We can’t wait to get back, because we’ve got some (sic) surprises for you.”

“We’ve found an incredible partner in H.I.P., and they seamlessly translated the band’s vision for KNOTFEST into an unforgettable experience for Japanese fans in 2014,” adds Cory Brennan, President,5B Artist Management. “We’ve been collaborating closely on expanding this year’s festival to encompass our most inimitable and interactive event yet. Audiences are in for something very special.”

“Our enthusiasm matches the band’s excitement,” says H.I.P. Promoter Kaori Hayashi. “KNOTFEST was a major success, and we welcome SLIPKNOT and KNOTFEST back with open arms”.

One of the biggest rock bands in the world, Slipknot emerged at the tail end of the Twentieth Century and quickly established itself as the most enigmatic, provocative, and aggressive collective of the modern era.  The band’s latest album .5: The Gray Chapter debuted at #1 in the U.S., Japan, Australia, Canada, Russia, and Switzerland, alongside top 5 debuts in the United Kingdom, Germany, Ireland, Austria, New Zealand, Mexico, Denmark, and Finland.  All told, the band has 11 platinum and 39 gold record certifications worldwide.   The band regularly headlines the biggest festivals in the world, including their namesake festival event Knotfest, which has been held in five cities around the world to date.

With a proven track record and over 40 years in the music business under their belt, H.I.P. has consistently stood at the top of the tour promotion industry in Japan. Promoting a vast array of both top international and domestic artists including the likes of rock legends Guns n Roses and Black Sabbath, they also oversaw the 2011 Air Jam festival at Yokohama Stadium, which sold out of more than 35,000 tickets in just two weeks. The company then partnered with Sharon Osbourne in 2013 to bring Ozzfest to Japan for the first time–selling out of more than 40,000 tickets. The following year, the first ever Knotfest Japan debuted.  A partnership between H.I.P. and 5B management, the event sold out of 50,000 tickets, further solidifying H.I.P.’s reputation as one of Japan’s biggest promoters.

Please click here for the latest information on KNOTFEST JAPAN.