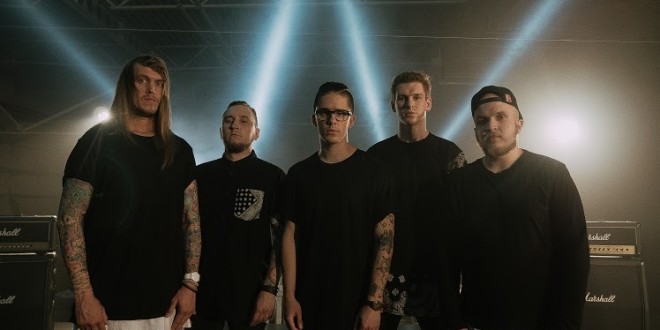 Album Review: Wildways – Into The Wild

Artery Records newcomers Wildways’ latest album, Into The Wild will be released on March 25th and it’ll include 12 musically diverse tracks. Originating from Western Russia, the quintet blur the lines between genres as they take elements from metalcore, alternative rock, hip-hop and easycore to create their style. The band is made up of vocalist Toli Wild, Kery Parker on drums, Sergio Novikov on guitar, Slava Kavlenas also on guitar, and bassist Harry Oldman.

‘Skins’ is the opening track of the album and it starts up with a mild, aery, synth effect that is joined by a simple piano progression and acoustic guitars. It is a gentle introduction that intensifies rather quickly once the drums and vocals are brought in. Wild’s quick-paced rap-like lyrical delivery mixed in with his melodic singing give this song an interesting rhythm and engages the listener’s attention.

The third song off the album is “Faka Faka Yeah’ and it is a melting pot of genres that is sure to catch unsuspecting listeners off guard. The band has incorporated metalcore drumming and growling with hip-hop bounce that is reminiscent of Limp Bizkit’s rap-rock fusion, or what YouTube user Crash787b has called “Twerkcore”. Wildways definitely likes to experiment with different styles and have created a unique track that stands out in the album.

‘D.O.I.T.’ is the anthem for perseverance to fulfill one’s goals and to achieve whatever it is that makes you feel alive. It ranges from pop-rock lyric formatting that includes back-up vocal chanting, to deep and low growls. The metalcore influences in this track are ever present with the raspy screams provided by Wild and the instrumentalization.

‘Don’t Give Up Your Guns’ is a fast and passionate song in which the band has cemented their musical abilities. Parker’s nonstop drumming is crisp and vibrant throughout the entire track and it carries the song right up to the end. The lyrical content is somewhat repetitive but the quality with which the track is composed overshadows the slight shortcoming.

The second to last track is ‘Wings’, a pop-infused, easygoing number that leaves behind all that had identified Wildways up until now. Once again they have thrown a curveball, that while different to everything else in the album is not entirely surprising. It features a piano as its main instrument that leads Wild into the track. This song is a short, dancey number that makes you bob your head rhythmically until it ends.

Wildways does whatever they want and breaks all the established rules. While some purists might not enjoy what is going on in this album, Into The Wild features a band that makes music which challenges the norm. And that’s what making new music is about.

To learn more about this band make sure to visit:

Concert lover, music fanatic. If it sounds good to me, the rest doesn't matter.
@njaziaddict
Previous Album Review: Bobaflex – Anything That Moves
Next Vinyl Theatre at Old Rock House in St. Louis, MO on 3.8.16