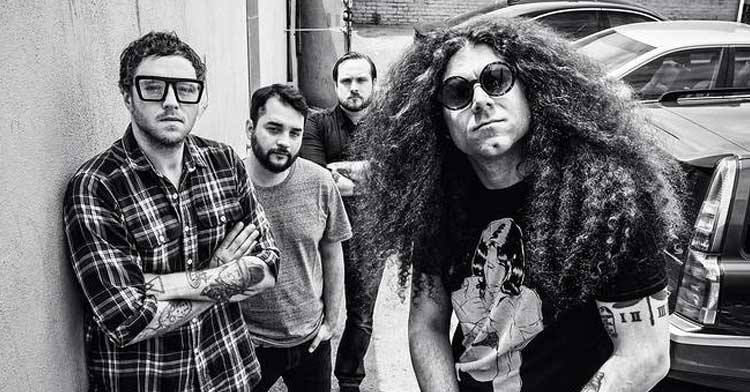 Coheed and Cambria premiered their video for “Island” today on People Magazine online. The official video features an unlikely friendship between two Time Square comic book superheroes busking – ahead of the premiere of the upcoming Batman v Superman movie release. The video comes as the band is midway through an extensive and nearly sold out headlining tour and just a few months after the release of their critically acclaimed eighth full length album ​The Color Before The Sun.

Lead singer Claudio Sanchez is no stranger to comics- as Coheed and Cambria’s latest  album marks a bold departure from the beloved The Amory Wars, a seven-album science fiction saga that also bore a comic book empire. Sanchez is also a staple of the comic book scene and a regular at San Diego Comic Con, inviting his fans to come out to signings. He felt it appropriate to create this video as an homage to both New York City and his favorite characters.

“When I think of these two iconic characters, I think of opposite attraction” says Sanchez. “I think of myself and my wife. How two opposite ends of a spectrum can create harmony and balance. In one way or another, these characters have been paired up with like-minded love interests, the Bat and the Cat… The Alien and the Amazonian… I wanted to bring the Dark and the Light together.”

The interview with People Magazine Online highlights some of Claudio’s experiences and inspirations- leaving upstate New York to move to Brooklyn and being a father. You can find the full interview here.