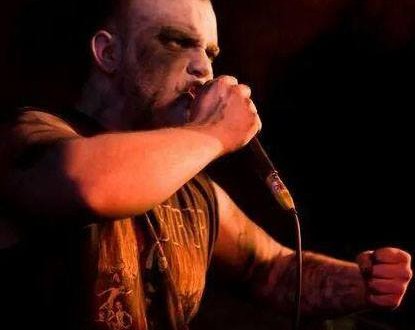 Hobbsy – Risen from the Dead

Hobbsy – Risen from the Dead

If you generally enjoy music with a heavy, dark, grunge sound to it, Risen from the Dead by Hobbsy is definitely an album you should consider. I enjoy this kind of music, but I do have to be in a certain mood to really enjoy it, meaning kind of pissed to put it frankly. For me this album would be the perfect choice while putting in a tough workout at the gym. After listening to this album three times through, as a whole I was reminded of a few mainstream musicians. I’d describe the sound as if “Avenged Sevenfold”, “Korn”, and “Tool” had a baby. It has that dark, heavy sound like “Tool’s” and “Korn’s” albums, but combines it with the upbeat, yet eerie feel you get with “Avenged Sevenfold’s” music.

I found several things to really appreciate and enjoy about Risen From The Dead, but there were also a couple of flaws for me personally.

I loved the way the intro, “Second Coming”, lead seamlessly into “The Few and the Many”. This was the song I first picked up on that “Avenged Sevenfold” vibe. The bass riffs kept my attention most of all, and also ended up being my favorite part of the album. This song had some very impressive guitar solos as well, not to mention awesome drumming. The vocalist for me on the other hand was hit or miss throughout the entire album.

I loved the tone of his voice when he was singing, but I’ve never been a huge fan of the “growl” lyrics. I can’t understand what they’re saying most of the time. Maybe it’s because I’m 32 and my ears are too old to pick up that frequency anymore. (HaHa!) Whichever the case may be, I would have enjoyed the album far better with less of “that”.
The third track, “The Awakening”, was much slower in pace and just a touch heavier, part of that due to the “growling” I spoke of before. This is where I got more of a “Tool” musicality. This song had its moments, but all in all it was just a little too repetitive for my liking. If a track doesn’t switch up the chords and overall structure enough, I tend to lose interest pretty quickly. This was my same issue with “Ascension of The Lesser Path”, which was my least favorite track by far.

The fifth track “Your Silence”, and “The Few and The Many” stood out for me above the other songs by leaps and bounds. They both have that “hard rock” embodiment, and the tone of the lead vocalist soars in both of these outstanding tracks. A few of the sections are even light and whimsical in “Your Silence”, in addition to “Mannya Jam, which I found refreshing after the songs which didn’t showcase the vocalist’s strongest points.

In the end I found the more I listened to Risen from The Dead by Hobbsy, the more it grew on me, and even stuck in my head long after the album had finished. This is an album I’d recommend for anyone music lover who enjoys “Avenged Sevenfold”, “Tool”, or even “Korn”. I’ll undoubtedly be adding at least three of the songs into my playlist for days I need that extra push at the end of a workout.