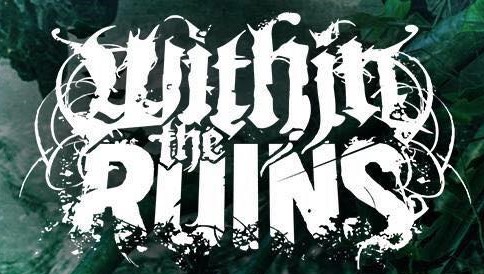 Interview: Tim Goergen from Within the Ruins

Within the Ruins is a band from Massachusetts that has been busy bringing the metal scene to cities all around the world. After a recent tour throughout Mexico and around the Northeast, Music Existence was able to catch up with them at the Stanhope House in New Jersey. While braving the cold winter chill, we were able to get to know a little more about lead vocalist Tim Goergen and about upcoming projects for the quartet.

ME: You’ve been the vocalist for the band for several years now, do you feel that your vocal technique has changed during this time?

Tim: Yeah, I suppose from when I first joined. I’m experimenting more with hitting notes melodically and I did it for the first time on the last record. And with the newer stuff we’ll definitely see more of that.

ME: Do you find that it is harsher or more difficult on your chords from your current style?

Tim: No, if anything it’s easier (laughs).

ME: What do you enjoy the most about being in the band?

Tim: Seeing the world with my buds, playing shows.

ME: You guys were overseas recently touring around Germany, Mexico, among many other cities. What cultural contrasts would you say you see amongst your fans, if any?

Tim: People in different countries are a little bit more grateful than here, and I say that not to downplay anyone that lives in the States at all. A lot of bands don’t go to those parts of the world that often. When they do, fans kind of freak out. I’ve had people cry when they meet me before and stuff (laughs).

ME: That must be weird…

Tim: Yeah, it’s a little weird for me.

ME: As a fan, sometimes we can’t help it, it just happens.

ME: Your last album Phenomena came out in 2014, are there any future projects in the works?

Tim: Yeah, we’re writing. After this we have some time off until the spring so we’re gonna be writing and in pre-production.

ME: Where do you find inspiration for your lyrics?

Tim: A lot of things. The whole last album was based off comic book heroes.

ME: What kind of venues do you prefer to perform in?

Tim: Usually a decent 500 capacity room, it’s nice and compact. The bigger venues are awesome to play too they usually have a better stage and sound. But me personally I prefer when it up close.

ME: Nice and cozy.

ME: With the recent addition of bassist Paolo Galang, how do you think this will change the dynamic of your music writing?

Tim: He is a very good singer. He has a pretty clean voice, so we’re going to utilize that on the next record. He’s gonna teach me a thing or two (laughs).

ME: If you could collaborate with anyone in the future who would it be?

Tim: Haven’t really given it that much thought but, Terry Date would be sick. Dude that did all the Deftones records. That would be really cool.

ME: During your free time do you still find yourself going to shows?

ME: What’s your ideal lineup as a fan?

Tim: Resurrect Dimebag from the grave and have Pantera headline, At The Gates, The Black Dahlia Murder, and us on the tour. That would be my ideal lineup.

ME: Any advice for up and coming bands in this genre?

Tim: Work your ass off. That’s a motto that we go by. We tour eight months out of the year.

Tim: Shoutouts to our fans for being kickass and my mom. Hi mom.

To learn more about Within the Ruins check them out at:

Within The Ruins Homepage