Home / News / The Struts’ debut Everybody Wants out today! 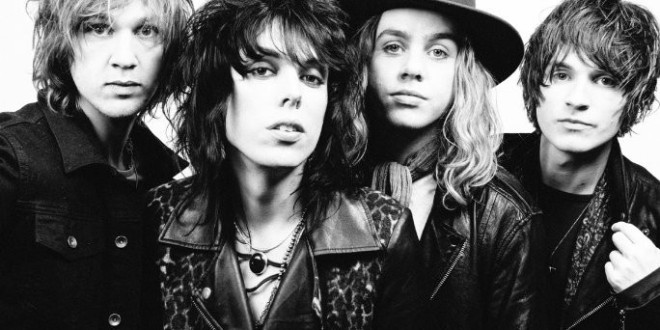 The Struts’ debut Everybody Wants out today!

Everybody Wants, the debut album from critically lauded U.K. rockers The Struts is out today on Freesolo/Interscope Records. The album is receiving early critical acclaim including from Entertainment Weekly, Yahoo Music who featured the Everybody Wants as one of their “Most Anticipated Albums of 2016” and from T: The New York Times Style Magazine who hails, “The Struts are headed for big things.”

In addition, the band is touring throughout the summer in support of Everybody Wants. The new dates follow a sold-out show last night at New York’s Irving Plaza and a run of dates, which included being hand-picked by Mötley Crüe to open for the legendary band’s final four performances ever on top of opening for The Rolling Stones in Paris. The new video for the latest single “Kiss This” captures footage from their past year on the road, highlighting the undeniable response from fans and the band’s celebrated and dynamic live show. Watch/share the clip here:

Everybody Wants was recorded in London, Bournemouth and Jersey in the U.K and in Los Angeles. Of the new music, which was co-written by the band, front man Luke Spiller says, “Everybody Wants is a collection of songs for the disenchanted. When putting the album together we have approached it with the mindset that when listening, you are taken on a journey. You can even hear the album title in the chorus of the opening track ‘Roll Up.’ This song gives you the insight to a larger than life character that opens the door to the rest of the album. I think anyone who listens to this album will hear our journey and feel our ambition. We truly have put our hearts and souls into it, and I hope you love it as much as we do.”

The debut follows the band’s 2015 EP Have You Heard, featuring the hit song “Could Have Been Me,” which cracked the Top 5 at Modern Rock radio, hit #1 on Spotify’s viral chart and received over 2.5 million Vevo/YouTube views. The band also performed on “Jimmy Kimmel Live!” and on “Late Night with Seth Meyers.”

Tags Everybody Wants The Struts tour

Previous Revolutionizing Songwriting Education: The Song Foundry on Kickstarter!
Next 30 years later – A look back at Master Of Puppets