Home / Interview / An Interview with Matt Fazzi of Rare Futures: “Love is a multi-layered beast that, depending on what perspective you are looking from, can be very different from one person to the next.” 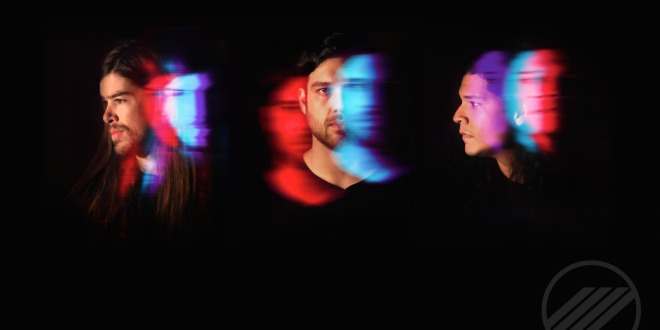 An Interview with Matt Fazzi of Rare Futures: “Love is a multi-layered beast that, depending on what perspective you are looking from, can be very different from one person to the next.”

For over a decade, multi-instrumentalist Matt Fazzi has made the most of channeling his assets into numerous projects. Whether you’d prefer his tenures in the prog-influenced Facing New York, the underappreciated New Again album of Taking Back Sunday, or the introspective Happy Body Slow Brain, Fazzi has given every opportunity his full worth. And it only gets better. Regular fans of his work have long been aware of the latter band’s transformation into Rare Futures, a means of fusing progressive grooves and alternative rock spaciousness with matters of the heart. On March 25th, the band will release their long awaited debut, This Is Your Brain on Love. Without giving away too much, it is worth every ounce of loyalty and dedication that fans have given to Fazzi’s music, past and present.

I initiated the interview by asking him whether the fans were made aware of his activity over a few-year lapse, and he assured me that they were always updated. “I’m a guy who tends to be active in multiple bands, so that helped me sort of stay in people’s minds while I quietly sorted out what do with what is now Rare Futures,” said Fazzi. “Otherwise, just staying active on various social media platforms has been a good way to keep anyone who’s interested in the record up to speed,” he added.

ME: Did you initially experience some doubt over the change, or were you positive fans would transition easily upon hearing Rare Futures?

Matt: I definitely wasn’t very keen on the idea of washing away all the work I had put into Happy Body Slow Brain, but the more I thought about it and weighed the pros and cons, the more natural it felt to forge ahead with something that felt refreshed and renewed rather than stick with what was comfortable and easy. I’d come to the conclusion that both bands could co-exist, that one didn’t have to necessarily disappear for the other, and that put me much more at ease with the decision. My thought was if I have a great name and an honest and heartfelt reason for wanting to make the change, then anyone who was a fan would go along for the ride.

I think it helped that the transition was treated as more of a metamorphosis rather than a total overhaul. I kept the same logo and the approach to the music won’t really change. New name, same classic flavor!

ME: As you include a variety of elements into Rare Futures’ “Groove rock” sound, which is full of big guitars, retro synths, danceable rhythms and progressive textures, how do you keep a balance in making sure one element won’t outshine the other?

Matt: I try to trust my instincts and put together sounds and rhythms that make my ears happy first and hope that if it is music that makes me feel good, someone else might derive that same feeling from it. I think what helps tie some of these more disparate musical styles together, is the consistent use of sonic elements like the Rhodes electric piano throughout all my songs that creates cohesiveness gluing everything together.

ME: Had those elements been carried over from your previous music ventures, to an extent?

Matt: Without question, there’s been crossover. I think I’ve learned and taken away something from almost every band I’ve been fortunate to play with, so my own music is most definitely an amalgamation of all my previous experiences and influences. I can point to certain moments all over my songs that are nods to my musical past. I’d like to think that this version of my music is the most focused and honed and it took all those lessons to get to this point.

ME: In doing so, would you consider this band not only experimental, but also accessible?

Matt: Yes. In my perfect world, I’d like to be a band that can bridge the gap between musician’s music and music for the average listener. I try to balance intense but tasteful musicianship with solid melody and harmony, which is what most people tend to gravitate toward first. I think that’s what is becoming my personal strength, making palatable progressive rock.

ME: The new album, This Is Your Brain on Love, has a very dreamlike, yet grounded aesthetic to it, much like what love provides as a feeling. Based on your personal experiences, how do you think the feeling of love differs from infatuation? Would you say the two emotions are often misunderstood?

Matt: Sometimes it’s hard to tell the two emotions apart, especially when the feelings can be so intense. I’ve had my own battle with being obsessive over a failed relationship and it took a while for me to wake up and recognize it wasn’t mentally healthy anymore. I guess the main difference is where the exchange of energy lies. That’s what the core of the album is about, love is a multi-layered beast that depending on what perspective you are looking from, can be very different from one person to the next.

Matt: Yes. Those past experiences with relationships and love have shaped the lyrics in a major way. Writing about them allows me a chance to look back and analyze with the right perspective and to learn and grow. There’s a lot of spiritual reflection in my songs. I find that the most emotionally challenging situations are the ones I tend to write about in order to make sense of them and internalize the lesson. The best lyrics come from a real place of honesty and heart so it’s not a process I try to force.

ME: When sequencing the album, what factors did you make note of in keeping its flow relatively consistent?

Matt: The songs naturally started finding their place once I knew what the main batch was going to be. I usually start by choosing the bookend songs for the album and then try to build towards the center. I like the flow of a record to be like a show or a movie, with carefully planned peaks and valleys that keep the listener wanting to continue along the journey with the band to the end. I also tried to help the flow of the album by making almost every song connected to keep the momentum going so there’s not much dead-space between tracks.

ME: The track “Hope” features Gavin Castleton, who had previously played keyboards and sang in Gruvis Malt. Besides both of your tastes being equally eclectic, was there anything else that inspired this particular collaboration?

Matt: Gavin is a huge inspiration for me and has asked me to contribute to some of his recordings in the past, so it was a great opportunity and a huge honor to be able to ask him to put his spin on one of my songs this time around. He and I have a great working relationship from many years of collaborating and I really trust his taste and ability, so it was an easy excuse to work together on something that I knew he could add a lot to. His production ideas and his voice really helped take the song to another level.

ME: Considering the metamorphosis that became Rare Futures, is it worth taking a step back and realizing just how much you’ve evolved as a musician, and as a human being?

Matt: Definitely. I try to take stock all the time of how far I’ve come personally and professionally on my musical journey because it’s important to reflect to grow and also it’s a good reminder to me that I’ve put together a pretty neat career to be proud of so far and there’s still much to be accomplished. I’m so fortunate to have found music at a young age and to have been able to go through so many life-altering moments that have made me who I am today. I think being lucky enough to tour around the world and play with some pretty amazing musicians has completely transformed who I am today.

ME: Anything you’d like to say to your fans?

I would just like to say THANK YOU to anyone who has been supportive of my music over the last 10 plus years. Your encouragement has kept me inspired to continue on even in the moments when I’ve been down on myself and my direction. Making a living as a working musician these days isn’t an easy path, so to those of you who truly understand, appreciate and support the musicians you love, THANK YOU. I can’t articulate enough how much the listeners now more than ever have a direct impact on artists when they buy an album or tell a friend to listen. That allows independent musicians like me the ability to keep creating and giving back. Support music and the arts and do what you really love!

Check out the music video for “The Pressure”:

I come from a family who is passionate about all things music. I learned to sing at an early age, and by 13, had my very own Fender Strat guitar. I tried my hardest at learning all that I could. Because I was born with cerebral palsy, I had to teach myself an adaptive playing style. I learned to write and record my own music, despite these difficulties. In college, I started making great use of my writing abilities by reviewing music, as well as copy editing. I guess it's best to stick with what you know, while welcoming a fair challenge at the same time.
Previous Sebastian Bach Announces U.S. Spring Tour
Next Acrylic unveil the explosive ‘Awake’