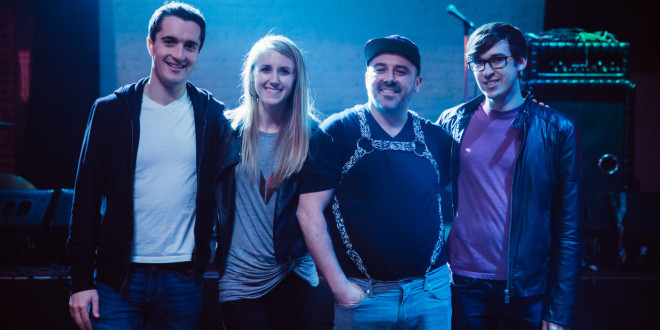 With the hyperactivity and blurring of social media, social interaction and entertainment platforms such as Instagram, Snapchat, among others within the millennial and youth-oriented marketplace, the intersection in which all these meet has never really been explored… until now with the social-media-integrated online TV series Headliners. Described by co-creator Richie Gordon as being “a new show about pop punk, growing up, and never giving up, designed exclusively for the web,” Headliners is a media breakthrough that combines a fictional narrative about an indie record label and the young men and women immersed in the scene surrounding it. Currently in pre-production through Tessellation, a new production team of four who grew up in the scene and know it intimately,Headliners is slated for online broadcast in the Spring of 2017.

Set in 2003 when the beginning of the pop punk scene was beginning to come alive with the emergence of bands such as Blink-182, Fall Out Boy, Dashboard Confessional into the mainstream, Headliners follows the storylines of an indie record label, a struggling band in the scene, and the label owner who’s trying to stay relevant in the ever-changing, tumultuous music industry. The first season will consist of six hour-long episodes with additional content and ongoing social media updates that will immerse the viewer into the characters’ individual storylines and lives as if it were being played out in real time on social media.

Based within a brand new user-friendly and interactive platform that brings together all of the show’s content in one location, users can navigate through the series according to characters, backstories, and even chronology to create a unique and personalized journey within the story itself.

In order to get this ambitious series off the ground, Tessellation has established a Kickstarter campaign offering episodes will be available for purchase individually or through assorted Kickstarter packages with varying levels of access and bonuses including full season collections, custom-designed Vans kicks, an appearance on an upcoming episode as a member of a rival band, and even a private backyard concert from State Champs or The Word Alive.

The Kickstarter page can be found here.

Adding credence within the pop punk community, members of such influential bands as Yellowcard, The Rocket Summer, Forever the Sickest Kids, Stroke 9, State Champs, The Word Alive, and Anberlin contributing new and original music that will be woven into the fabric of the show and will released in the coming months. The first original song from Headliners to be released is “Moving On,” written and performed by Anberlin’s Christian McAlhaney who says of the track, “While writing Moving On, I asked myself, ‘What kind of song/vibe would 23 year ­old me be trying to write?’ ‘What kind of story would I be trying to tell?’ The band I was in at that time was generally trying to write what we considered to be ‘smart pop rock,’ and relationships (their successes and failures) are usually the most used tool in an artist’s toolbox.”

About the project as a whole, he adds, “I love projects that ask me to expand my current state of mind. I think the overall concept is unique and appealing to people who grew up during or after that era, whether as musicians or fans. I think a show like this is relevant to today’s audience because you can still hear the influence and effect of pop punk throughout the current music ‘scene’. The sounds of today’s artists have been heavily influenced by previous artists and genres.  I find it interesting to see where people have pulled their inspiration from.”

“I’m so honored to have been asked to produce the music for Headliners,” says Ryan Key of Yellowcard. “I think creating a show that is rooted in the pop punk scene is such a cool idea.  It will connect with a fan base who shared their youth with a group of artists who shared a sound.  I think the team at Tessellation is really in tune with the direction behind the show, and will do an amazing job paying tribute to a genre of music that meant so much to so many people.”

The show originated in 2014 when show co-creators Richie Gordon and Kim Fortsondecided to write a narrative centered around pop punk culture. Instead of the typical linear structure of standard television programs, they decided to create not only a storyline but an immersive environment integrating social media platforms into the fictional universe to help capture the viewer’s attention and connect them intimately into the characters’ lives. With the addition of Austin Hammer (head of technology), Ryan Crowder (marketing) to the team,Tessellation was born and the show began to take root.

“Being able to be a part of the show Headliners is incredibly exciting,” says Forever The Sickest Kids’ Austin Bello.  “Not only do I get to revisit my roots of writing pop punk songs but this show will also be an avenue for kids and adults to relive the very moments that made them feel alive.”

Concludes Luke Esterkyn of Stroke 9, “I’m a firm believer in capturing the moments in time that make you feel like your living out your own movie. For many, being front and center at a punk rock concert is at the very forefront of their happiest memories of all time. A euphoric state of mind felt by many should not just be honored by few. This show hopes to salute the feeling of invincibility that pop punk gives to its listeners. I’ll never forget the moment that I felt understood at a punk rock concert and I hope that this show can bring that same feeling to many.”

Headliners is created by Tessellation and is planned for kick off in the Spring of 2017.  “Moving On” by Anberlin’s Christian McAlhaney will be available on iTunes and other online retailers beginning today. 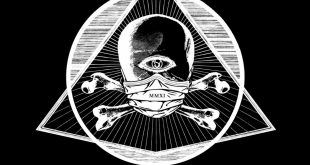