Home / News / Panic! At The Disco To Film Live From The Artists Den Episode on Sunday, March 13th in Los Angeles 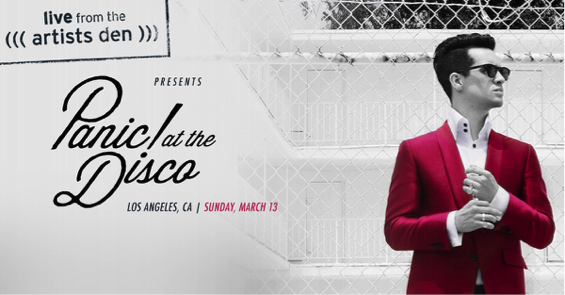 Panic At The Disco Artist Den

Panic! At The Disco To Film Live From The Artists Den Episode on Sunday, March 13th in Los Angeles

Panic! At The Disco will tape an episode of PBS’ critically acclaimed television and digital music series Live from the Artists Den in Los Angeles, CA on Sunday, March 13th. Fans can enter to win tickets to attend this Artists Den secret show here. The ticket sweepstakes opens today, February 29that 1:00p EST and closes at 6:00p EST on March 12th.  Stay tuned in the weeks ahead for information on the episode’s airdate.

Panic! At The Disco landed its first #1 album with Death Of A Bachelor (DCD2/Fueled By Ramen), which was released on January 15th. Death Of A Bachelor marked the band’s highest debut in its 10+ year career.  It was also #1 on the iTunes album chart in 18 countries around the world.

Produced by Jake Sinclair, Death of a Bachelor marks the first release from Panic! At The Disco in nearly two years, following 2013’s acclaimed Too Weird To Live, Too Rare To Die!. The album has produced five top 15-charting hits on the Hot Rock Songs chart with “Hallelujah,” “Emperor’s New Clothes,” “LA Devotee,” “Don’t Threaten Me With A Good Time,” and the album’s energetic, lead single “Victorious” which climbs into the Top 10 at Alternative this week and has started its ascent up the Top 40 and Hot AC charts.

Praise for Death of a Bachelor include:  THE NEW YORK TIMES:  “Evokes both the flamboyant swagger of Queen and the mechanized gleam of Daft Punk.”  ENTERTAINMENT WEEKLY:  “Glammed up rocker.”  ALTERNATIVE PRESS:  “A remarkably nuanced affair.” BOSTON GLOBE:  Urie’s charm and willingness to maximize his songs’ pop-spectacle quotient make “Bachelor” an often-delightful accompaniment to 2016’s earliest, chilliest weeks.  MTV:  “It kicks ass.”

Panic! At The Disco will bring their theatrical spectacle across the United States this summer as they co-headline an expansive 40+city tour with Weezer. The Weezer & Panic! At The Disco Summer 2016 Tour will feature special guest Andrew McMahon In The Wilderness hitting major markets like Miami, Atlanta, Dallas and many more with several markets already being sold out. For more information on tour dates and to purchase tickets visit panicatthedisco.com/tour. 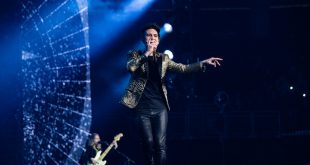 Gallery: Panic! At The Disco live at Prudential Center in Newark, NJ 01.18.19 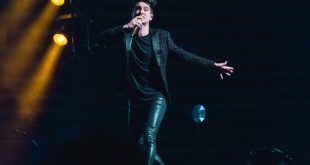 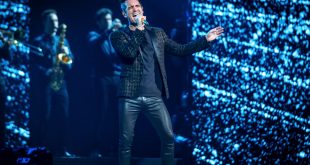