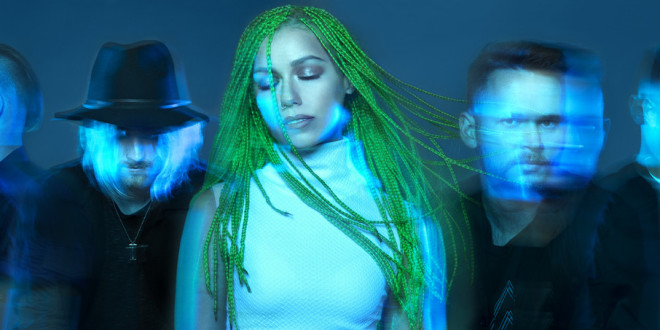 Bands transitioning from one genre to another is common place in the music industry. After all, people change over the years, as does the art they create. One excellent example of this is Bring Me The Horizon. The British rock band started off as a deathcore/screamo ensemble, and now find themselves identifying as pop rock with their latest album, That’s the Spirit. It seems that Tonight Alive has followed suit, becoming another example of this transitioning with their upcoming album, Limitless.

Tonight Alive is seemingly transitioning from their punk pop roots to power pop, and it isn’t necessarily a negative thing. Using songs such as 2013’s “The Ocean” and 2014’s “The Edge” as bridges between their previous album and Limitless, the transition has been smooth and effective.

Limitless is an extremely positive and motivating album, its tracks filled with self-love, independence, and determination. Definitely a great album to listen to on rainy days.

The first track off Limitless, “To Be Free,” is a great, energetic start. With the first lyrics of the album including the line “I just want to be free,” the mood is undoubtedly set. “Oxygen” follows, serving as a showcase of Jenna McDougall’s incredible vocals.

The third, fourth and fifth track are all singles that have been released prior to the album release: “Human Interaction,” “Drive,” and “How Does it Feel.” “Human Interaction” leans more on the heavy side, acting as a lyrical plea to whomever is listening to help the writer feel emotions once more. Meanwhile, “Drive” is unmistakably a fun song, harnessing the potential to become an anthem that friends can sing along to on the open road.

“How Does it Feel” on the other hand is very different from the rest of the songs on the album. This is because it reverts back to Tonight Alive’s truly punk pop sound. With an upbeat drum track layered in with McDougall’s incredible vocals and fierce lyrics, the song is a must-listen. Plus, McDougall’s laugh towards the end is an excellent and sneaky way to add character to the song. Another song that leans more on the punk side on Limitless is “I Defy.”

The final song, “The Greatest” was undoubtedly the right choice to go with as the final track. With incredible vocals accompanying memorable, powerful lyrics (Here I am, unbreakable, here I am, the greatest) it definitely ends Limitless on a phenomenal and positive note.

However, although Limitless has countless positive aspects to it, it isn’t perfect. It earns a 4 out of 5 stars due to the fact that certain songs sounded repetitive or even the same due to the similar mellow instrumentals. This unfortunately took some quality out of the album. Although some songs stood out on their own, such as “How Does it Feel” and “Drive,” others sounded weak in comparison.