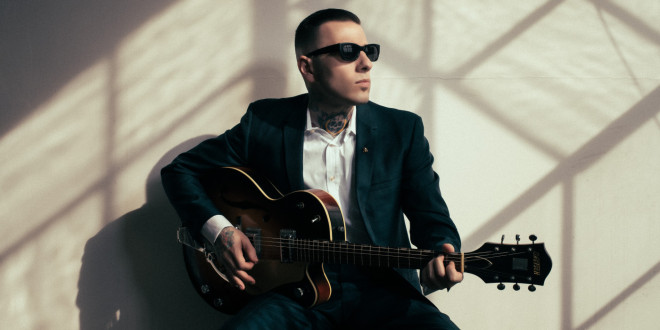 Tiger Army have been playing “Prisoner of the Night” during their recent live shows, including their current tour with Dropkick Murphys (see itinerary below).

About the track and how it fits into the band’s set, Nick 13 says, “Our sound has always been about a mix of old and new. But this song, like others on the new record, draws from the early ‘60s. It was a transitional period after the end of rock ‘n’ roll’s first wave, but prior to the British invasion. There was a lot of sonic experimentation as people tried to figure out ‘what’s next’?  Radio singles of that era also went on to influence early NYC punk, so ‘Prisoner’ plays with that as well.”

Since their arrival in ’96, TIGER ARMY have drawn critical praise from the New York Times, performed on Jimmy Kimmel Live!, had a No. 1 Most Requested Song on influential LA radio station KROQ with the single “Forever Fades Away,” shared stages with artists such as Morrissey and Social Distortion and built a diehard international fanbase by blending punk grit and mid-century twang to thrilling effect. Last October, they held their long-running two-day Octoberflame festival at the Observatory in Santa Ana, CA. The dates, which sold out immediately, were the band’s first in two years and the shows’ electricity prompted the Orange County Register to write, “Maybe the most remarkable thing about Tiger Army’s set was how the band and audience seemed as in-step with each other as ever. If Nick 13 wondered whether Tiger Army would still have a strong fan base after so much time away from the stage, the Octoberflame concerts served the role of reassurance.”