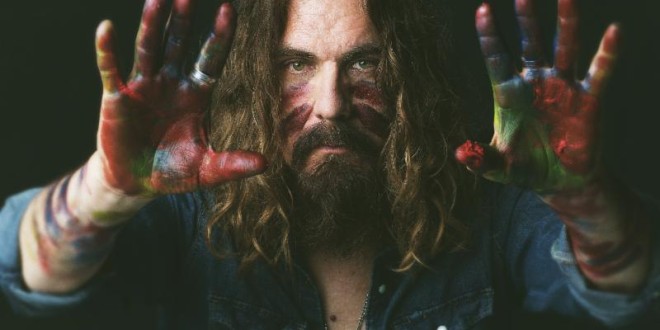 LEE HARVEY OSMOND-moniker for the acid-folk project helmed by multi-faceted artist Tom Wilson-will kick off a run of U.S. shows with fellow Canadian artist Matt Anderson, starting in Burlington, VT on March 11 at Club Metronome with stops in Boston, MA, Philadelphia, PA and New York City, NY, among other cities before wrapping in Fall River, MA on March 20at Narrows Center for the Arts. Full tour dates listed below.

OSMOND is touring in support of BEAUTIFUL SCARS, his new full-length (and third album release) set for its U.S. release via Latent Recording and distributed by Megaforce/RED on Friday, March 25. Earlier this month (2/5), the 2016 Juno Award-nominee for Contemporary Roots Album of the Year partnered with POPMATTERS.COM to premiere the video for “Oh the Gods – Where Our Hearts Remain” (watch here). POPMATTERS‘ Sarah Zupko described the song as “…dark, haunting grooves blended with low, raspy, whispery vocals that recall Alabama 3 at their very best.”

The album’s cover, which depicts Wilson as a powerful, raw and warrior-like figure, is a result of Wilson discovering at age 55 that his cousin was actually his mother and of Mohawk heritage, not Irish as he was raised to believe. “That’s actually how I feel as an artist,” Wilson explains. “At 56, I’m just emerging from the woods, with all of this new knowledge of who I am.”

BEAUTIFUL SCARS, originally released in Canada, was produced by the Cowboy Junkies‘ Michael Timmins. “The album is where I am now,” Wilson says. “It was made during this discovery.” Also known as a member of the Americana trio Blackie & the Rodeo Kings, Wilson adds: “I didn’t know where the inspiration was from, and I’m not a cosmic guy, but if you see my art or listen to what I’ve been writing about on this album, I’ve been documenting this through the fucking cosmos for the last couple of years.”