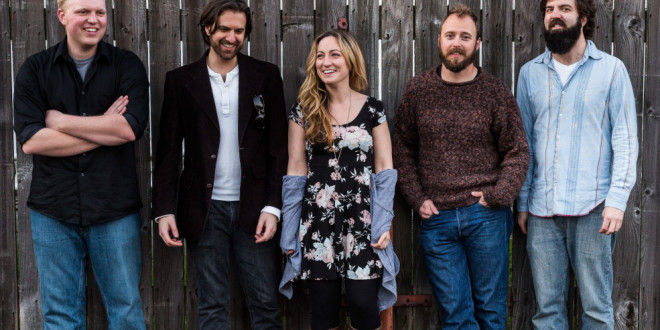 PASTE is premiering “Crosseyed Crazy,” the lead track from Aura Vista Motel, the new album from Seattle-based indie Vaudeville Etiquette. Click HERE to listen.  Aura Vista Motel will be released on May 6th and is available for pre-order on iTunes (those that pre-order the album will receive Crosseyed Crazy” as an instant download). An album teaser can be viewed below:

When we last saw Vaudeville Etiquette, the Seattle band was touring in support of critically acclaimed debut album Debutantes & Dealers, an album that No Depression said was “in the same vein as Mumford & Sons and the Lumineers. Their seamless harmonies and sense of spontaneity makes them a good candidate for mainstream success.” The Seattle Times called the band “one of the bright new faces of Seattle music,” American Songwriter gave the album 3 stars and compared lead vocalist Tayler Lynn to Neko Case,” USA Today praised their ability to “mix folk, jazz and country with freewheeling abandon.”

The new album gets its name from the motel that once occupied an infamous stretch of Highway 99 in Seattle. In its heyday, here was a motorist’s utopia, filled with a thriving middle class that was ready to explore America, traversed by the likes of Kerouac and Salinger, and full of romantic intrigue and possibility. Today, it’s a forgotten relic, a notoriously seedy stretch of road that attracts violence, drugs, prostitution, and one 5-piece folk-rock band that relentlessly believes in its spirit and potential.

What used to be the Aura Vista Motel is now where the band writes, rehearses, celebrates, argues, hones their music, and shoot their videos. It’s the Vaudeville Etiquette headquarters, it’s haunted, and it’s the catalyst behind all that they do. You can hear it on this record, as each song plays like a guest in a different room; separate but united by our wayfaring desires and sordid expectations.

They recorded the album with producer Shawn Simmons Studio Litho in Seattle, WA. “His knack for honing an intrinsic Seattle sound in the work he’s done with bands like The Head and The Heart and Lemolo was exactly what this record needed,” says Lynn. “He pushed us to create unique arrangements and employ unconventional recording and burrito-eating techniques that take the sounds on this album and gracefully elevate them to a psychedelic whirlwind, then down to an intimate lullaby and back around again. He’s a joy to work with and a hero at the helm.”

Play Aura Vista Motel on late nights, behind the wheel of your car, volume up, windows down, and drive somewhere dark that makes you feel like you’ve got the whole world ahead of you. 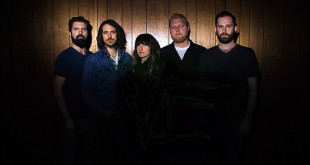