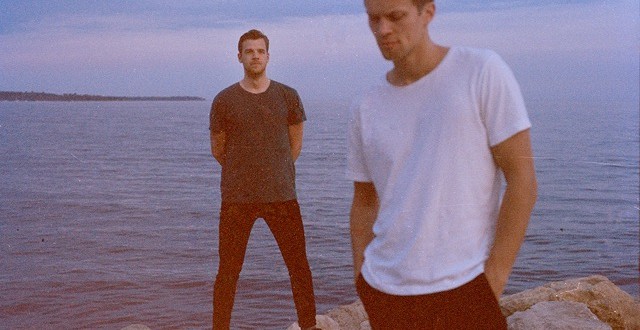 If you like music that expresses diaphanous wonder and breathy rapture, then you’ll love Norwegian duo Alfred Hall.

Hans Thomas, an engineering undergrad, and medical student Bjørn Tveit Formed in the summer of 2009 by Hans Thomas and Bjørn Tveit, by the start of 2012 Alfred Hall’s music was being hailed as “star-spangled” and was attracting the attention of the Norwegian public, not to mention legions of A&R (wo)men. They signed to Sony Norway and their first single ‘So Bright’ became a hit on Norwegian radio and the cooler international stations. The video for follow-up single ‘Lose That Gun’ was nominated as “Scandinavia’s Best Music Video” at the 2013 Bergen International Film Festival.

That following year saw the Norwegian release of Alfred Hall’s debut album ‘Wilderness’.  A feast of radiant guitars, insistent rhythms and sumptuously sorrowful melodies, it went on to be nominated for ‘Best Pop Album’ at the Norwegian Grammys.

And now, in 2016, they will release music in the UK for the first time.  Their ‘Safe & Sound’ EP will be available from April 1st.  Irresistibly upbeat, full of earworms and hooks that caress and charm, lead track ‘Safe & Sound’ has been winning converts all over the world. With over 3 million plays on Spotify, it was also used on the worldwide trailer for Netflix Original series Derek.

Having performed alongside the likes of Lissie, Rangleklods, Susanne Sundfør, Todd Terje, James Blake and Wolf Gang on stages across Europe, be sure to find time to embrace their impassioned, celestial, arresting pop music.