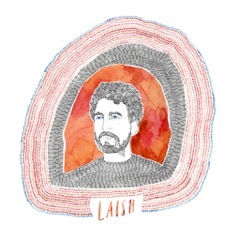 Laish Unveils ‘Song For Everything’ Video

Currently recording his new album at Watchtower Studios in North London with some great musicians and old friends, including Mike Siddell of The Leisure Society on string arrangements, Danny Green (aka Laish) will release the ‘Song For Everything’ EP at the end of March.

Having appeared at End of the Road Festival and Cambridge Folk, and shared stages with Grizzly Bear, Beach House, Martha Wainwright, Wave Pictures and Jason Lytle, point your ears towards his new track ‘Song For Everything’.   A heartfelt declaration of hope for a lasting love, imbued with an awareness of the flaws inherent in relationships, it’s a deep, richly textured and affecting listen:

Laish – ‘Song for Everything’

Tags laish Mike Siddell song for everything The Leisure Society