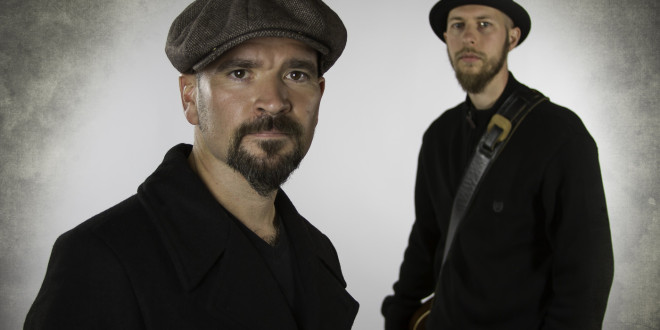 Midwest Soul Xchange’s album New American Century, helmed by Ryan Summers and Nate Cherrier is pure folk/Americana that heralds in the type of sound that goes back to the roots of the genre.

The LP opens with “Set a Course for Common Worlds,” and it couldn’t be any more traditional from the starting harmonica intro to the simple but effective lyrics like “set a source for common world/if by air or sea/and make your way back down and home to me.” This is a common theme that has been explored for decades and it still holds a place in today’s world, making it still relevant. With the harmonizations of Summers and Cherrier spot on from note one, the two set up nicely what will follow for the rest of the album.

But it is not until track six that the band really starts to settle into their sound. “King Among Kings” has an Irish flavor to it in its instrumentation, with the vocals, and especially with the master storytelling that goes on within this tune about two friends. The lyrics here are polished poetry and help to paint a vivid picture in listeners minds. “Now the choice of the boy deceased in so many words/is the living ghost of regret to the man,” the tune goes, and one can hear the mournful sadness in the track right from the beginning. With a ballad like this, focusing on the fact that “the girl is often the curve of two friends,” one can’t help but be drawn in by what Summers and Cherrier have crafted and just maybe assign their own twist to a time old tale.

“Four Score and Seven to Go,” is one of the most beautiful tunes on the LP, opening with ooh’s and ahh’s that set this particular song even more so on the traditional route. The joy that comes in listening to this track lies in the simplicity of it. The melody glides along with ease and honestly comes across as the most effortlessly put together track on the album. The vocals are a bit reminiscent of something Simon and Garfunkel could have recorded back in the day, giving the track a throwback vibe that helps set it apart from the other songs on the album. Summers and Cherrier’s vocals really shine here, smooth and subtle, quietly gripping and engaging listeners and commanding attention. It still retains a traditional folk structure and sound, but combined with a slight retro element “Four Score and Seven to Go” stands out on the LP as a song not to be missed.

Keeping with a retro theme, the most surprising, and hands down best track on the entire album, is “Has Anybody Seen Bob.” This is the one song on New American Century that breaks from the standard folk sound and injects some psychedelic Beatles vibes into the tune, in fact it feels like it would fit right at home on Sgt. Pepper’s Lonely Hearts Club Band, in kind of the same vein as “Being For The Benefit of Mr. Kite” albeit with a much more serious message. The instrumentation is playful and splashes in an upbeat, perky way, but don’t let that fool you into thinking the content of the song will match the tone. “I wonder if he’s lonely” are just some of the lyrics about the mysterious Bob, but it is when the track turns to talking about Bobs mother, that things take an unexpected very dire turn. “Sally went away with a shout and a bomb/and they took Bob away, hooked a wire to his brain/now he don’t remember his name.”

While there are many other pieces of gold to be found on the album such as “She Flies” and the reprise “The Return,” a few of the tracks leave an ambivalent feeling with this particular reviewer. As a listener it’s important for music to make someone feel something, good or bad, but when a song comes across as just ok and one can’t really form a defined opinion about it, everything starts to turn a little murky. “Truth Attention” starts out with a glorious moody, atmospheric instrumental introduction with dark sounding twangy guitars that immediately grab ones attention, but as soon as the vocals start one can’t help but just feel alright about the rest of the song. Clearly the promise of the song doesn’t hold up, but the track isn’t bad or good on a whole. It’s just there. The same is true of “Revolt of the Guards” which has an almost sinister feel to it, and while the topic and lyrics are very important, it just doesn’t leave listeners with anything special to tell their friends about. There’s nothing musically wowing here, but again it isn’t a terrible track.

Overall for traditionalists New American Century will please them, and for those seeking a new sound in folk some gems will be unearthed. It’s not the most revolutionary album to grace the folk scene, but it is perfectly adequate and still worth taking a listen to. 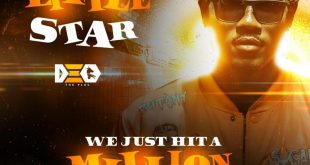 Deo The Plug: Taking Afrobeats To The Next Level