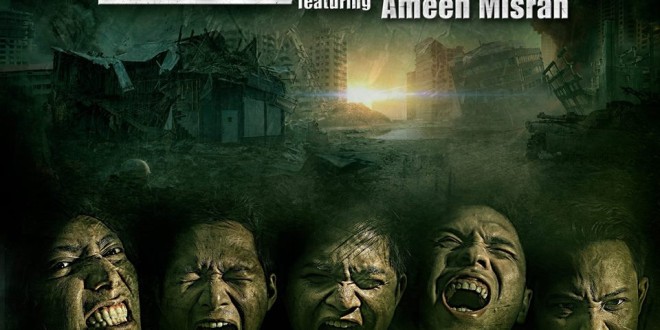 Song Review “This is My War” by Voice of Men

Song Review “This is My War” by Voice of Men

Voice of Men is a band of five men from Malaysia that specializes in harmonic singing and acoustic performances, using both Malay and English languages. Their typical style of music can be classified as a combination of pop and RnB. Most of their songs feature no instruments (acapella) or a basic acoustic guitar. This band is best known for their laid-back style of music, reminiscent of Boys to Men (even the band name sounds similar). “This is My War” is a deviation from their normal style of music and an attempt to bring in more elements of rock n’ roll.

At times during the song, it is difficult to understand what lyrics are being sung. Also, the vocals seem to be either strained or out of key for most of the song. However, these are not even the biggest problems as a listener. For anyone who enjoys music, the feeling of listening to a song is even important than understanding what is being said or the quality of the vocals.

“This is My War”, is frankly a super cheesy pop song. (Which is normally fine, as long as the vocals are good). However, the vocals do not match the high-energy of the instrumental. When I hear Voice of Men, I do not feel a certain range of emotions that I get when listening to other pop or rock bands. I certainly do not feel like they are going to a metaphorical war when I listen to this song. I also sense a bit of awkwardness and tenseness in the way that they sing.

If this band is to succeed in the future and become a global name, they must make a few changes that will give them more artistic freedom and sing in a more polished, yet relaxed, style. “This is My War” would actually sound better if the singers decided to scream to the top of their lungs or go with a more grungier style of singing and instrumentation. As is, this song does not have what it takes to become popular.

Originally, this band’s songs featured smooth and chilled vocals. In my opinion, this group should decide whether it wants to shift towards heavier instrumentation and powerful vocals or go back to the style of singing that gained them fans in the first place. I suggest that Voice of Men find a way to stick with their roots of minimal to no instruments and work more on vocal techniques.

Most importantly, they should find a way to better express a rollercoaster of emotions and tones that will allow them to connect more with the listener. An acapella group like Pentatonix might be a good example of where to start because they have found ways to combine beatbox and synchronized vocals to make their performances more creative as artists and more interesting for listeners. For now, “This is My War” sounds like one that Voice of Men has lost.

Cleo Alexandra is an ambitious composer, but even at her most elaborate in the recording …