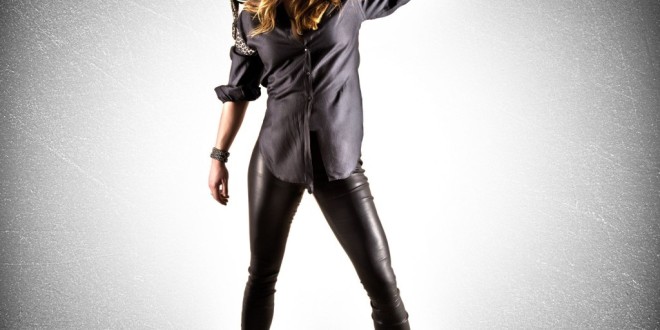 The BBC Radio 2 playlisted singer-songwriter Scarlette is to undertake a special UK tour.  A SEN (Special Education Needs) teacher by day, she’ll be undertaking a tour through to the end of March where she’ll be visiting SEN schools during the day time to run a ’school of rock’ style taster session for the pupils to interact with, and then playing a show in the same town that evening.  During the daytime SEN appearance she will be recording the attending students, and combining all of the recordings from across the tour to create a ‘Scarlette Choir’ who will feature on a track on her upcoming new album.

Fully supported by the National Autistic Society, the dates are:

Thursday February 18th
– St Albans The Barn at the Horn

To coincide with the tour Scarlette’s new single ‘Helena’ will be release on March 25th.  Gone is the ‘Fever’ from her name as she kicks off the year with new songs, new shoes, and a new passion for life.  Her last album launched her career with two Radio 2 playlisted singles ‘Crash and Burn’ and ‘Elated’. Since then she’s sold out the Borderline and St Pancras Church, toured the US, and played festivals around Europe.

Scarlette will be accompanied on the tour by Ed Goodale, a singer on the autistic spectrum http://edgoodale.com, who has an EP out in Spring 2016. The tour is being supported by the National Autistic Society (http://www.autism.org.uk). Each of the venues for the evening shows have been chosen for their ease of disability access through the Attitude Is Everything platform attitudeiseverything.org.uk.