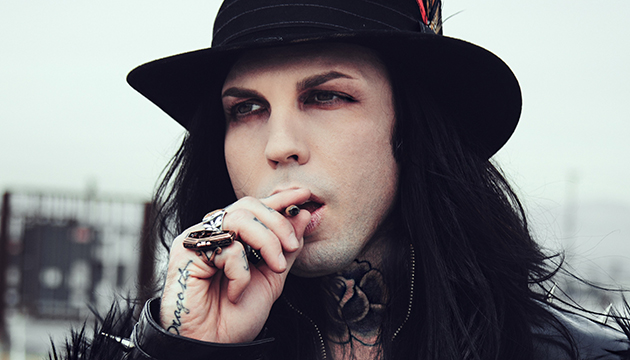 Los Angeles rock act VAMPIRES EVERYWHERE has teamed up with Alternative Press for the premiere of their latest track, “Ghost Inside My Head.” The song will be featured on the new album Ritual due out on March 18, 2016, and can be heard here:

“Ghost Inside My Head” is one of the most personal tracks on the record, as vocalist Michael Orlando explains, “There’s always one song that defines exactly how you felt when you wrote it and this is that song for me. I had just gone through a very bad breakup with my ex fiancé and to make matters worse, my father died the same week. I had an overload of emotion. I resorted to alcohol abuse and became very destructive. I remember recording this song with tears in my eyes praying to get through it. Once we laid down the final vocal track, I listened to it over and over again. It was the only thing that got me through my day. I am beyond thankful to get the opportunity to do what I love everyday and I’m excited for you all to hear the track.”

Serving as the follow up to 2012’s ‘Hellbound and Heartless,’ ‘Ritual’ was produced by Matt Good [From First To Last, DRUGS], and mixed by David Bendeth [Bring Me The Horizon, Paramore]. Thus far, the group has released two other tracks off of ‘Ritual’ – the first single “Black Betty,” and a cover of Hozier’s breakout hit, “Take Me To Church” (featuring Alex Koehler of CHELSEA GRIN).  Additionally, an album teaser highlighting snippets of each song on the album can be heard here.  Pre-orders for ‘Ritual’ are available via iTunes, with bundles including an instant download of the unreleased track, “Demon Inside Me” on the Vampires Everywhere merch store.

Previous Album Review: Mind the Journey- Color In The Gray Machine
Next The new release from NONG; Nothing left