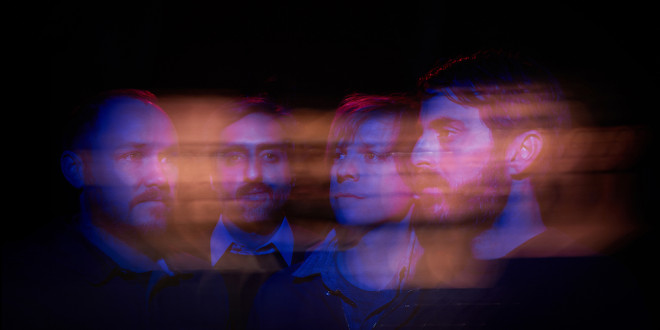 In anticipation of Explosions In The Sky’s The Wilderness (out April 1 on Temporary Residence Ltd), the band has teamed up with The Creators Project to proudly premiere a stunning and alluring video capturing renowned artist Jacob van Loon and his process of creating the album artwork. Featuring an exclusive score based on The Wilderness track “The Ecstatics,” the short film vibrantly showcases gently brush-stroked watercolor and painstakingly detailed layers of color through time-lapse. The movie was directed by Jeremy Bird and Jeremy deVine (founder of the band’s longtime label Temporary Residence Ltd), and filmed by Jacob van Loon.

“When we were looking for artwork for our record, we became immediately enthralled with Jacob van Loon’s stuff. His existing artwork had all those elements we wanted from the concept of the record: a terror, a beauty, a structure, an abstraction, a wildness… but his resulting artwork was largely a surprise to us. It came as a finished piece and we were blown away.”

Fans can catch the premiere now by heading over to The Creators Project or the band’s Vimeo.

In other news, the band is preparing to kick off what is already proving to be a hot-ticket tour—its presales alone having crashed servers. Having sold out a slew of dates (Austin, London, Los Angeles, San Francisco, Washington DC, Brussels) and at the behest of extremely popular demand, additional shows have been tacked on for Austin (which now includes a matinee performance), DC and Brussels. See below for all announced dates and be sure to grab your tickets before they disappear as well!