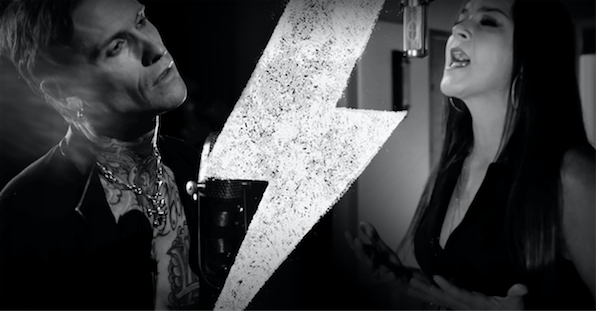 Veteran Los Angeles rock band Buckcherry has premiered a new video for their latest single “The Feeling Never Dies” feat. Gretchen Wilson at TasteOfCountry.com. The song features a stunning duet with country music superstar Gretchen Wilson and can be found on the band’s recently released Deluxe Edition of their seventh studio album, Rock ‘N’ Roll, which is available now digitally via F-Bomb Records/Caroline. Fans can purchase the record now.

Buckcherry’s crossover country hit, “The Feeling Never Dies” (Feat. Gretchen Wilson), has been long in the making. “I’ve always wanted to combine Buckcherry and country as a duet,” says Buckcherry frontman Josh Todd. “Gretchen killed this track and really brought out the passion in the song.”

The respect and admiration flows both ways as Wilson says, “It was a lot of fun working on this project with Buckcherry! I have been a fan ever since I heard the song “Crazy Bitch.” Hmm… wonder what made them think of me for this duet? LOL.”

Fans can catch Buckcherry live in concert across the U.S. this spring and summer. New dates with Black Stone Cherry have just been announced for May. Follow the band for additional news and updates.