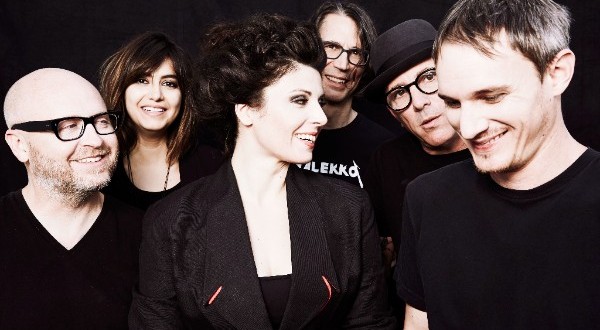 Perennially sardonic alterna-sunstrokers PUSCIFER will cross the Atlantic for the very first time in 2016,  kicking off their debut European tour (dubbed The Money $hot Heard Around The World Tour) on May 30th at The Bridgewater House in Manchester, and then also playing The Roundhouse in London on Mat 31st.

“UK. Europe. We are coming. Ready your cherries for soon we will be in you.” said PUSCIFER front man Maynard James Keenan (also of Tool and A Perfect Circle). “We promise to be gentle since this is your first time.”

The Money $hot Heard Around The World tour:
May 30  Manchester, Bridgewater Hall
May 31  London, The Roundhouse

Tickets for all dates, except Novarock (which Is already on-sale), are on-sale this Friday, Feb 19th. Luchafer open on all non-festival dates.

PUSCIFER kicked off the Money $hot – Round 1 tour the day after the 10-song album’s release (on October 30th), playing the Monster Mash Festival on Nov 1st with the next six weeks spent trekking from coast-to-coast presenting sold out performances that marry the concept of concert and theatre. The Kansas City Star, in a live review, said “not much emerges from the music world these days that feels genuinely unique, but PUSCIFER’s Money Shot tour qualifies” and the Las Vegas Review Journal described the evening as “a performance art spectacle equal parts comedy cabaret show and guerilla theater.”

Money $hot was released on Oct 30th via Keenan’s Puscifer Entertainment. The album landed at #1 on Billboard’s Independent Music chart, #2 on the Alternative Albums chart and #30 on the Top 200. In a four star review, Revolver Magazine described the album as “a meditative and hypnotic – not to mention wholly engaging – offering” and both Crave and Kerrang placed the release on their year end, best of lists, with Crave saying, “The yin and yang of masculine and feminine energy interweave a pulsing eroticism that curls itself around the mind like one of Keenan’s many grapevines.”