Home / Album Reviews / Champ de Mars – Back From The West 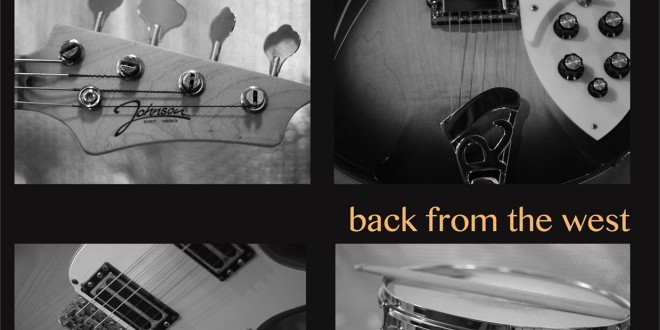 Champ de Mars – Back From The West

Champ de Mars – Back From The West

Champ de Mars is a group founded by singer-songwriter David Emerick, who has been an active front-man of various alternative and indie bands in the California area since the nineties. The most successful of his groups, Bellstar, worked the bay area for a solid eight years and released two albums. After Bellstar, Emerick moved to the east coast and focused on solo material. He has since released two additional albums and has written a novel titled, The Silent Year.
This project, Champ de Mars, which takes its name from a park located in the center of Paris, is somewhat of a creative compilation between musicians that Emerick has worked on and off with over the years. Their debut EP titled “Back From The West” was released at the start of 2016 and is available for free on the band’s website. Emerick currently resides in Washington D.C.

I have never heard of “Bellstar” or any of these groups from which David Emerick originally comes, but they must’ve sounded something like what’s to be found somewhere on “Back To The West,” as I suspect because it has a very retro-active vibe. He brings along enough musicians to compliment what he does on this project named after the centrally located Paris France park. Some themes surrounding this suggest that Emerick is living in a time he’d rather revisit old times because of. This comes off more evident than it might appear when you dig into these tracks laid out for this five number EP.

Kicking off with the mesmerizing “All Hail The Has Beens” is the best way to start the track running order, even though this would fit anywhere on the CD. It seems somehow meld more than one subject that deals with bringing back the once acclaimed. Emerick gets into more than one way to describe the matter, with everything from telling of the REM’s of the day and how they’d fare now and the things they’d endure now compared to then. Some of this is easy to nail and at other times there seems to no figuring things out, which is obviously about those things the listener knows nothing of the inner workings of in the first place. I makes for an interesting opener to say the least, and sparks the other tracks yet to be ignited.

That changes quite considerably from there as effigies are explored on “X Marks The Citizen” which actually deals quite interestingly with society, but weighs just as much in with ideas that tend to make their way via sounding right with the music as well. Both of these elements merge here and more excellent guitar is applied. As can be found on the previous song. And speaking of guitar this has a great rolling riff to drive it. I think this track has a strong David Bowie influence behind it, but then it could be someone who was influenced by him that Emerick picked up on, either way this is a well-balanced track with various styles to shake up the ears.

If that doesn’t float your variety boat, “Western Evaporate” brings a guitar that reminds of bands like The Cure and Robert Smith even gets a nod here. There is a bigger guitar sound crashing over the melodic run that opens the track. It’s really just an influence because nothing is copied but you can tell he likes that band, as it is written all over it. This deals with remnants of relationships, etc. And Emerick shines here as well as anywhere else on this release. While other tracks might have more modern and retro appeal, this one perfectly balances the two. This is a fantastic piece with all the bells and whistles.

If I were to give any advice at this point on what to do better, it would be to come up with a full album set next time. As that would be my request, rather than an improvement suggestion because nothing else comes to mind. EP’s more than twice a year for instance, make no sense to me when they can be combined for one release. Artists, take note of this fact and try to counter the suggestion to cut EP’s, from where the idea comes.

“American Static” is another example of that because I can use a whole ten worth of this even though it appears to be one of the harder tracks to follow. But that could also be why. It’s very good and tackles the static norms of today’s life in general. Singing about mix tapes and hanging on wasted ideas of songs. There is also a major familiar ring here but this one I cannot for the life of me figure out. Very clever that way. Emerick retains some of the qualities I liked most about decades in music from the 70s to the 90s.

The record ends with the fascinating pulsation of “The Gospel Of Dystopia” on an eclectic note not to be found on the previous tracks. This is darker but more industrial, danceable and inflected with electronica. But it’s not hardcore in that sense either, it just uses the right textures to deliver a funkier sort of rock. This features a great bassline to hold it down too. An altogether more club atmosphere is to be found here, bor a lack of better ways to describe it.

“Back To The West” is an artistic exercise in the what would be and could be, as well as what was. And it all makes for a current look back without forgetting what’s present. 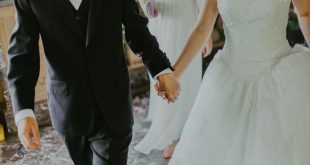