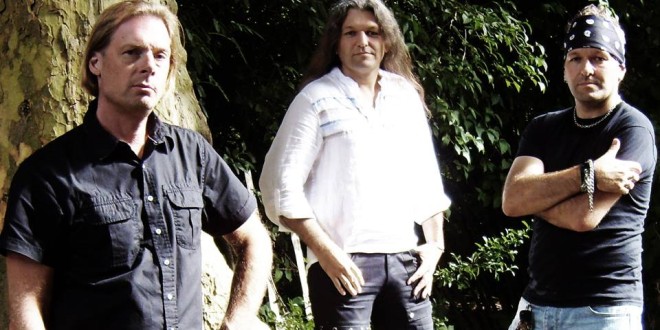 Following the 2013 album Mourning Phoebe, the metal outfit Evilyn Strange is set to release Evilution on March 7th. The five-track EP gives us a taste of what’s to come from the full, 11-track album later this year, and it is a thunderous teaser.

The Anglo-Swedish trio of Phillip Strange (vocals), Mikael Johannesson (guitar and bass), and The Ghost (drums and keyboards) boasts some pretty heavy sound in this upcoming EP with shredding guitars, well-executed solos, and gut-punching drums. Their overall sound to me is not unlike that of legendary 80’s metal bands like Cinderella, KISS, and Black Sabbath, which gives rock enthusiasts a touch of nostalgia.

Kicking right into Evilution with some truly killer drum riffs, “Let It Rain” opens up to grinding guitars and Strange’s voice; here somewhat reminiscent of Ozzy Osbourne‘s. Featuring a pretty tight guitar solo near the end of the song, this track is about doing what’s right for you and not letting anyone else try to put you down for it.

“Invisible Man” slows things down to mid-tempo, but is no less powerful, and even calls to mind a few Whitesnake songs. There are parts of this track about pushing through your internal battles where I feel the timing was a bit off, but it is undoubtedly the strongest song on the EP overall.

The tumultuous “Storm Clouds” is every bit a power metal number, overflowing with lightning fast riffs that wouldn’t be out of place on a Dragonforce album. The stark contrast of Strange’s slow vocals is interesting, but it does cause the song to become a little shaky at times. The theme of diving headfirst into a situation so quickly that you let the important things pass you by is easily mirrored by Johannesson’s frantic guitars.

The slow, bluesy “Never” and even slower ballad “Stay” close out Evilution on a much more somber note as both melancholy songs speak of mistakes and endings. They do however contain an underlying message of hope and the desperation to hold on and fight for what you desire.

Produced entirely by the band, Evilyn Strange shows their potential with Evilution. Be sure to have a listen for yourself, and pre-order the album on iTunes or Amazon. Also be sure to check out their debut album, Mourning Phoebe, by streaming it over on Spotify. 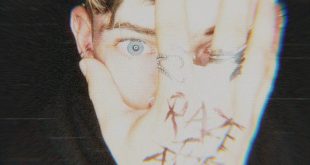