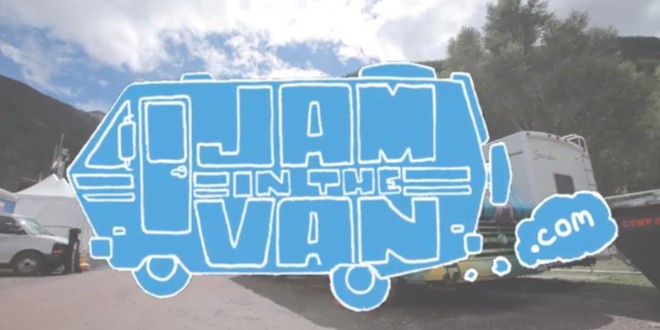 To coincide with their Artist House announcement, JAM IN THE VAN has launched an Artist House Contest where bands can submit their music here for a shot to win aJam in the Van Session at the Artist House in Austin (travel not included), plus a prize package from their sponsors. On March 2 five artists/bands will be selected by the JITV crew to move onto the second round where voting will be open to the public who will determine the winner when voting ends March 9.

Jake Cotler, JITV co-founder, says: “We’ve built momentum these past few years doing SXSW and we feel this year will be our biggest and coolest experience Jam in the Van has ever hosted. We’re also looking forward to giving a band the opportunity to reach a larger audience through the contest.”

JAM IN THE VAN‘s influence continued to grow in 2015, traveling over 10,000 miles–including stops at Coachella, BottleRock, Cali Roots Festival, SXSW and Outside Lands–to bring music fans more than 200 performance sessions of subscription-free content from emerging and established musical acts. Visit jaminthevan.com to catch all the music.

About JAM IN THE VAN:
JAM IN THE VAN, the world’s first solar powered mobile music studio and performance session platform, providing a one-of-a-kind music discovery experience, has featured over 500 artists since being founded by Dave Bell, Jake Cotler, and Louis Peek in Venice, California in 2011. JAM IN THE VAN has featured established and emerging artists such as Gary Clark Jr., George Clinton, Matisyahu, Misterwives, Allen Stone, ZZ Ward, Robert DeLong, The Orwells, Blues Traveler and Deer Tick (links to sessions below). When not on the road, the van hosts musical talent in their hometown of Venice, California and sessions are uploaded everyday of the week on their website and YouTube channel. Every Thursday, JAM IN THE VAN features a new interview or non-performance segment. For the uninitiated, click here for your introduction to JAM IN THE VAN. For more info, visit jaminthevan.com and connect onFacebook, Twitter, Instagram and YouTube.
Examples of JAM IN THE VAN sessions:
Gary Clark Jr Live at Greek Theatre LA │Misterwives Live at SXSW
Allen Stone Live at SXSW
Robert Delong Live in Venice, CA │The Orwells Live in Echo Park
PORTUGAL. THE MAN Live at Life is Beautiful │ Blues Traveler Live at BottleRock 2014
Cody Simpson at the 2015 SXSW Music Festival
For more info on JAM IN THE VAN, visit:
Website │ Facebook │Twitter │ Instagram │ YouTube channel

Tags Jam In The Van SXSW