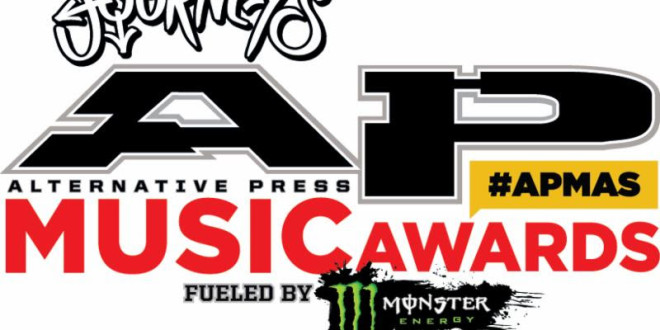 Last year, rock music’s newest and most popular awards show – the Journeys Alternative Press Music Awards, Fueled by Monster Energy – shut down rock n’ roll city, taking over Cleveland’s Quicken Loans Arena with ground-breaking performances and an exciting, star-studded red carpet, all with the support of devoted alternative music fans from across the globe. With the Republican National Convention taking over Cleveland this summer, the Alternative Press Music Awards was forced to find a new home for this year’s show, and in what better place than the state capitol of Columbus, Ohio. Continuing their endless support of the genre and its community, Alternative Press will stage their own Punk Rock Convention.

The Alternative Press Music Awards are pleased to announce this year’s event broadcast live from the Schottenstein Center in Columbus (555 Borror Dr., www.schottensteincenter.com) on the evening of July 18, 2016.

“We are honored and thrilled to have been chosen as the host city of the 2016 Alternative Press Music Awards show. Columbus has a vibrant cultural community, and we are excited for this opportunity to show off our thriving arts and music scene.”
– Columbus Mayor Andrew J. Ginther

“We are beyond thrilled to be hosting the 2016 Alternative Press Music Awards and would like to officially welcome AP and all of their guests to Columbus. We look forward to being a part of what is going to be an amazing night for music and the local community.”
-Mike Gatto, general manager of Schottenstein Center

The 2016 APMA’s will go head to head – live on TV and via social media – against the Republican National Convention. Although many of Alternative Press’ young readers may not be able to vote in the upcoming U.S. election, those same readers can let their voices be heard by voting for their favorite artists for the Alternative Press Music Awards.

When it came to selecting the hosts for the 2016 Alternative Press Music Awards, the choice was obvious. After last year’s non-stop volley of infectious jokes, witty anecdotes and charming introductions, it was clear Alex Gaskarth and Jack Barakat – eight-time AP cover stars and now presidential nominees – of All Time Low could not be topped. The APMA’s proudly welcomes the duo back to host this year’s main event!

“We are so happy to be returning to the APMA’s this year to host. Last year we didn’t make a lot of new friends (sad face emoji), so this year – we’re coming back as something no one can hate, politicians! We look forward to being part of this Punk Rock Convention. Get ready to vote – Stay tuned.”
– Alex Gaskarth and Jack Barakat of All Time Low

Each Alternative Press Music Awards show has featured some of the greatest artists in modern music, ranging from today’s biggest rock stars such as Fall Out Boy, Paramore, Panic! At The Disco and Weezer, to musical legends such as Aerosmith’s Joe Perry, Slash, Joan Jett & The Blackhearts, Smashing Pumpkins and Ice-T. Countless renowned artists such as Rob Zombie, Blink-182, Twenty One Pilots, Taking Back Sunday, All Time Low, Motionless In White, Run of RUN DMC, Bring Me The Horizon, and beyond have appeared at the APMA’s, with spectacular performances from artists including (but not limited to) New Found Glory, Yellowcard, A Day To Remember, Against Me!’s Laura Jane Grace, Motion City Soundtrack and more. Additionally, the APMA’s is recognized for presenting collaborative cover performances unlike music fans have ever seen before, like Joan Jett and Slash teaming up to perform “Star Star” by the Rolling Stones, Asking Alexandria performing Duran Duran‘s “Hungry Like The Wolf” with Jonathan Davis of Korn, Halestorm and Slipknot/Stone Sour vocalist Corey Taylor covering Temple Of The Dog‘s “Hunger Strike”, and many more.

Last year’s event – which took place July 22, 2015 at Quicken Loans Arena in Cleveland – was a massive victory for the music community, garnering unprecedented support demonstrated by a staggering 15.7 billion total media impressions (over seven times the impressions of the 2014 show). Last year’s event also earned the title of “The GRAMMYs of Alternative Music” by TIME Magazine. The 2015 Alternative Press Music Awards achieved over 1 million views on AXS TV, and over 3 million views on YouTube. Re-live 2015’s best moments via the highlight reel here.

“Fans are going to be blown away by all of the surprises we already have planned for this year’s APMA’s. We’ve been working on the 2016 show since right after last year’s ended, and I already cannot wait to start announcing the initial line-up in the upcoming weeks.”
– Alternative Press Founder and CEO Mike Shea

Building upon the success of last year’s event, the APMA’s is thrilled to once again be supported by returning title sponsor Journeys, a leader in the teen specialty retail scene focused on lifestyle-driven branded footwear and accessories in over 800 stores across all 50 states, Puerto Rico and Canada.

“Journeys is excited to return as the title sponsor for the 2016 Alternative Press Music Awards. Music has been in our DNA since we opened our first store in 1986. Through our partnership we’re able to capture exclusive content and customize unique campaigns and contests – all to support our employees, our core consumers and a talented community of artists. We’ve worked with AltPress for several years as an advertiser and are looking forward to building upon an already strong relationship.”
– Jim Estepa, president and chief executive officer, Journeys.

Don’t miss the 2016 Alternative Press Music Awards and your chance to cast your vote for your favorite bands! Check www.altpress.com/apmas over the coming weeks for new announcements and information.

Previous Interview with Steve “Lips” Kudlow of Anvil: “…If you measure life on the people you meet, the places you go, and your experiences, I’m a billionaire!”
Next Blood Of The Martyrs Releases Music Video for New Single, “The Devil’s Grip” 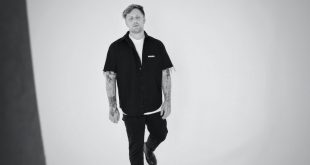 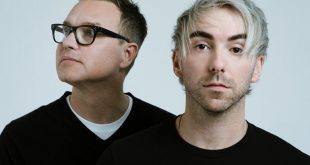