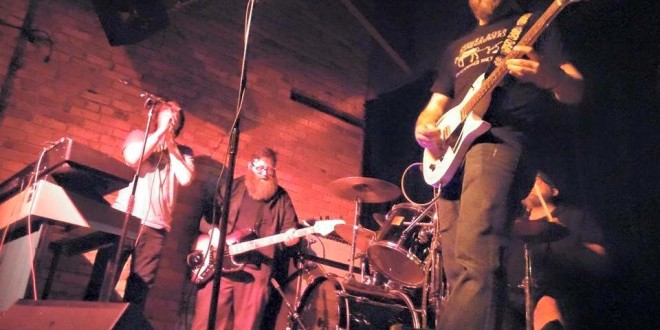 The music, lyrics therein invites the listener to sift through a multitude of alternative rock sounds, all of which congeal in a tangible yet gorgeous selection of songs – 6 of them in fact. Kicked off by therapeutic “Ticonderoga” which if you think about it is the perfect intro piece to start a musical journey from. There’s somewhat of an upbeat, hopeful tone and mood here when one is introduced to this amazing band and Cragins voice and Rusch’s Piano for the first time via this track. Cragin’s voice is well suited for this psychedelic, neo-alternative rock catalogue and I have to admit when I saw the pictures of these guys and after listening to this first song – this band was everything I imagined them to be. On “Reflectivore” we hear a bone crushing line up of songs reflecting the many tongue and cheek offerings provided by past bands like Emerson Hart, Nine Dyas, Live, Vertical Horizon and Oleander. This proves to be a very well grounded environment for this collection songs like “Flight 777”, “Red Looking Glass.” Despite this these 2 branch off with a harder edge as the Ep winds down with “Organ Grinder” and “Black Hole.” While the US is home to some of the best Alt Rock on recent years it doesn’t mean bands like “Reflectivore” can’t contribute equally within the once saturated genre. Granted there’s no rule out there that says a band from this region can’t possess elements of Alt Rock – because they most certainly does. My point is along with artists like the ones mentioned above, Reflectivore sound like they are from the US. Musical expressionism should never be held to a strict guideline of musical fundamentalism. I hate to use that word “fundamentalism” here but that’s what it feels like sometime when we try to pigeonhole good bands. Sad to say Reflectivore are a dying breed as most good bands have been replaced by synthetic garbage. I also don’t think “musical fundamentalism” is what Rock n’ Roll is about. This latest 6 song EP is in a league of its own combining the best US alt-rock sound I’ve heard in years. Though these guys are Australia based they sounds like they are all too familiar with the classic US rock format. The musicianship is off the charts, the songs are amazing and the EP catalogue is fully loaded with songs in N extended play format. This is typical for Progressive Rock.

“Reflectivore” is a strong EP. It also refuses to fall into the trap of becoming fundamentally pigeonholed or even a slightly duress-ridden repetitive rock album. The musical arrangements really differ from song to song and the vocals and emotional latitude tend to remain compatible with the versatility of the artist. All a constant level throughout. Its music that you could use to watch the clouds go by to – but also music that makes you want to jump up, grab your guitar and form a band of your own. To inspire fans to shut off their minds and dance all night long. Isn’t that what’s Rock n Roll is all about?

Heartland rock is scoring a lot of headlines in 2021, and the revival isn’t being …