Self Help Festival Takes Over Southern California in March!

The 3rd annual SELF HELP FESTIVAL makes its highly anticipated return on March 19th, 2016 at NOS Events Center in San Bernardino, CA. Today, the festival has announced the full lineup which will include performances by headliners A Day To Remember and Underoath with support from The Wonder Years, The Story So Far, August Burns Red, Yelawolf, Issues, Crown The Empire, Further Seems Forever, Letlive.,Thy Art Is Murder, Tonight Alive, One OK Rock and Cruel Hand.

Presented and curated by revered Floridian rock band A Day To Remember along with Fly South Music Group, United Talent Agency and Chain Reaction, SELF HELP FESTIVAL was started in 2014 with events in Philadelphia and San Bernardino. Inspired by their fans, the band’s overall mission is to deliver a memorable event featuring bands with positive messages embodied in their music. Past SELF HELP FESTIVALS have included bands like Bring Me The Horizon, Of Mice & Men, Memphis May Fire, Stick To Your Guns, Whitechapel, The Ghost Inside, Motionless In White and Chiodos among others.

Each year SELF HELP FESTIVAL continues to grow, selling over 33,000 tickets since its inception, and 2016’s incarnation is shaping up to be its biggest yet. This year’s lineup will feature A Day To Remember’s return to the festival for the first time since its launch, the first performance back by the recently reunited post-hardcore giants Underoath and support from punk and rock’s hottest rising bands.

“Every year we strive to make improvements and this year fans can look forward to the continued evolution of the festival’s production, among other things.” – Jeremy McKinnon (A Day To Remember)

“Beyond excited to play this year’s Self Help Fest! The first year we played was an absolute unforgettable show for all of us so we’re stoked for round 2! We’re looking forward to playing these new jams for you all. Help us get the show vibes right!” – AJ Rebollo (Issues)

“We’re dang excited to play at Self Help. With so many friends playing, it’s shaping up to be an insane day and we’re ready!” – Chris Dudley (Underoath) 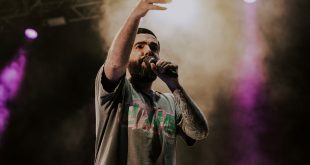 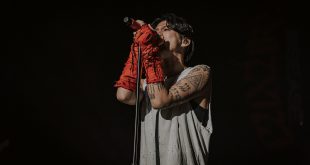