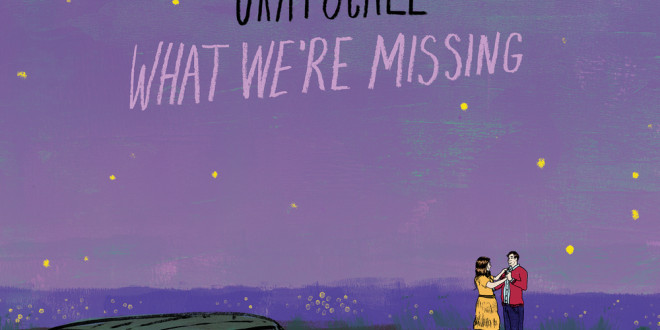 What We’re Missing is the latest album by Philadelphia rock band Grayscale. The quintet is releasing their new full length album this February through Anchor Eighty Four Records. Formed in 2011 the group is made up by Dallas Molster on guitar and vocals, Derek Parker on bass, Collin Walsh on vocals, Nick Veno on drums and Andrew Kyne also on guitar. Grayscale invest passionately into their lyrics and take you on a journey with the stories they tell through their songs. If you enjoy music from MCSA, The All American Rejects, Brand New, then Grayscale is your new favorite band.

The album starts up with ‘Tense’, a simple guitar riff supported by a rhythmic drum sequence accompanies the vocals at the start. Towards the end of the short introductory track it gears up with much more ferocity and passion blending an alternative sound with pop punk emotions.

‘Midwest’ is the third track from the record and keeps the music in the vein of the pop punk genre. All of the musical and vocal elements are well balanced for the entirety of the track. Throughout the song you can hear a series of “random” chords, which make the song stand out from the rest and give it a bit of flair.

For the seventh track ‘Bloom’, Molster and Walsh have alternating parts delivering vocals. This gives the song an interesting balance between the two voices. The bass line also has its own moment where it comes through and shines. Despite the slightly dark theme of the song, it is presented in a rather light and upbeat tempo.

The lyrics for ‘Irish Curtains’ push to the forefront the life story of someone going through some very serious issues. Walsh in a mellow voice pleads for the person to continue living despite all the adversity going on in their life. The song opens with the sound of rainfall and is later joined by slow and gentle guitar riffs. Most of the song seems to be Walsh on vocals and guitars but at the end it breaks briefly into a combination of punk and melodic vocals. The song is powerful and has an amazing message, suicide is never the answer.

Grayscale is a product of the lives of each of its members and it is reflected in their music. This band is here to stay and they have real messages to bring to their audience, filled with passion and emotion. For more information on the band check out the links below:

If you or someone you know is suffering from depression please reach out to the Suicide Prevention Lifeline.

Concert lover, music fanatic. If it sounds good to me, the rest doesn't matter.
@njaziaddict
Previous Album Review: Textures – Phenotype
Next T-Rexz is Hip Hop with a conscious