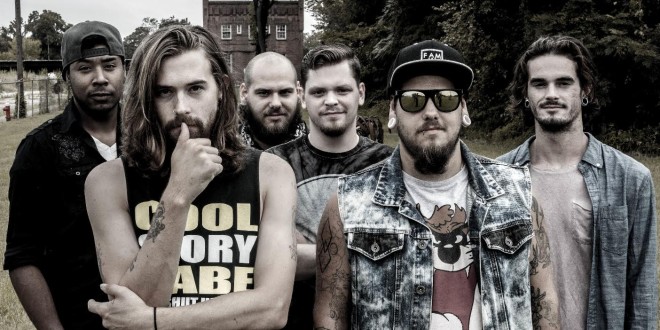 Concept albums tend to either be adored or dismissed in the music industry. This is proven with Styx’s 1983 album,Kilroy Was Here. With an average of two and a half stars in multiple entertainment publications, it was clear that its concept flopped. However, on the other side of the spectrum we have Pink Floyd’s five star The Dark Side of the Moon and Green Day’s four star American Idiot.

Now, in 2016, a new breed of concept album is emerging. Modern progressive metal ensemble VALLEYS are releasing their debut full-length album, Experiment One: Asylum on February 12. Experiment One will focus on Asylum, the main character of the album. Asylum loses his wife in a tragedy, and through the shock and grief of his loss, he finds himself falling victim to mental illness. Each track will cleverly illustrate his chaotic struggle with Multiple-Personality Disorder.

“We wrote this album as a concept on Multiple Personality Disorder because we understand how devastating this disease can be on the individual and his/her family. We wrote these lyrics and music as a way of hope for the people diagnosed with this disease. We want them to hear the record and hear the story of Asylum, the main character, and see that if he can fight the disease, anyone can,” adds vocalist Jayson Mitchell.

The album itself manages to portray Asylum’s pain and confusion well, starting off tumultuously with heavy hitting tracks such as “Tension” and “Unraveling.” Slowly, clean singing begins to integrate itself in with unclean vocals, resulting in emotionally riveting songs such as “Desperate Me” and “Take Me Home.”

Some songs on the album, such as “Comparison” sound completely different from the other tracks, faintly resembling a Volumes-esque type of ambience, specifically their “Erased” single from No Sleep. Other songs contain emotionally moving instrumental segments, such as “Finding Solace.”

The album wraps up with a powerful ending through the song “The Death of Me.” Again, this track resembles Volumes’ work during the No Sleep era. Also, VALLEYS currently has an almost equally as powerful music video out for “The Death of Me.”

Overall, Experiment One: Asylum earned a ranking of three and a half stars. Although the band is heading in the right direction musically wise and has the right idea lyrically, they need to execute and tie everything together in a slightly different manner. Some tracks stand out among others, such as the ones mentioned in this review, but others lack in comparison. Still, the album definitely deserves a listen.