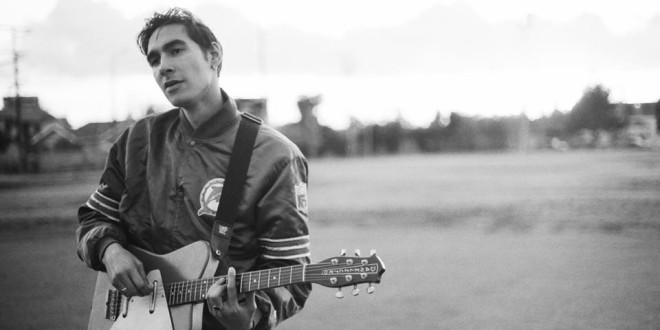 Fast rising British talent Oscar has recently confirmed North American tour dates with Bloc Party. The tour kicks off on May 15th in Carrboro, NC and continues throughout North America to Washington D.C., Nashville, Philadelphia, Boston and more. Also joining the tour on selected dates are The Vaccines and MSMR. The new dates are in addition to Oscar’s headlining shows in March in Los Angeles and New York City. All tour dates below.

After a string of rambunctious, critically acclaimed singles, Oscar is delighted to announce that his hotly anticipated debut LP, Cut and Paste, will be released May 13th on Wichita Recordings. Oscar’s single and album opener “Sometimes” cracks and fizzes with livewire indie-pop energy; all crunching guitars and infectious synth lines, making for an undeniable gem of an earworm. Listen to “Sometimes” below:

Immersed in music right from the start of his life, both at home (his parents fronted the pop band, The Regents; his father went on to produce early Acid House records) as well as in the musical hotpot that was his native North West London, Cut and Paste is a heady melange of the many musical styles Oscar Scheller absorbed growing up. Despite the wide range of influences on display, the album is unified by Scheller’s beautiful baritone vocal and his keen ear for a melody. And although self-produced, the resulting album by no means contains the average lo-fi, crackly sound one might expect from someone tagged as a “bedroom producer.” With help from Ben Baptie (Adele, Mark Ronson, Lianne La Havas, Albert Hammond Jr. etc.), Cut and Paste is the sound of a new musical prodigy well and truly arriving, and a more than worthy addition to the lineage of eccentric, classic British pop.

The album can be pre-ordered now. There are exclusive bundles available at Oscar’s official online album retailers here.

And it can also be pre-ordered via iTunes.

Listen to “Sometimes” on Spotify.