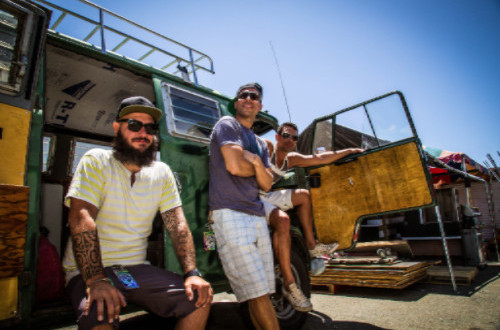 PEPPER Reveal First Single and Video “Start You Up”

PEPPER reveal a brand new video, “Start You Up,” from their forthcoming album.  Fans can check out the video on The Pier and below:

The video was directed by Kahena Productions principals Ali Gollestani and Evan Loney, and stars pro-surfer Keala Naihe and model Cristal Serrano and was filmed in gorgeous Wailea, Hawaii.

“”Start You Up” was the first song we worked up,” said the band’s Kaleo Wassman. “It really set the tone and feeling for the album.  It’s a perfect blend of where this band’s from, and where this band is.”

“Start You Up” is now streaming on Spotify and available for purchase on iTunes, which also includestwo dub remixes of the song by Kyle McDonald (Slightly Stoopid) and Brad Watanabe (The Green.)

Pepper – Kaleo Wassman (guitar/vocals), Bret Bollinger (bass/vocals) and Yesod Williams(drums/vocals) – kick off their 2016 touring plans with the Hawaiian Punch Winter Tour, a co-headlining run with Iration, which begins on February 12th in Fresno, California. Ticket and VIP package info can be found here.

Pepper is also confirmed for a slew of festival dates throughout 2016, including Hangout Festival, Firefly Festival, and Cali Roots with more to be announced.