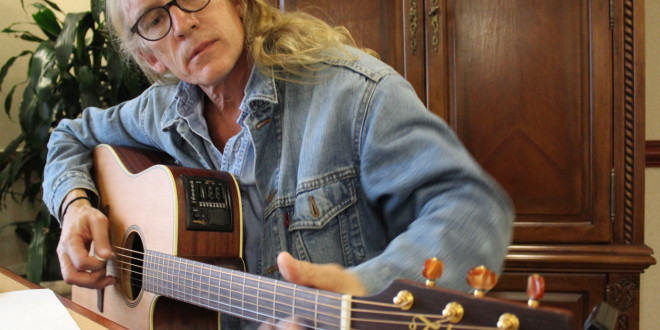 Hailed as one of “the great figures of southern rock,” Billy Crain, who has worked with Shania Twain and opened for The Rolling Stones, is back working on his solo career, releasing his fourth album Family Matters. It’s an aptly named record as the LP contains songs about Crain’s children, mother, and other people he holds dear in his life.

The first song that sticks out on the album tackles the difficult subject of a school shooting. “Lucky Penny” tells the story of a young girl who was “looking forward to her sixth birthday with Hello Kitty themes” who is killed by a man that “walked into her classroom with a hand wrapped around a gun.” The piano in the background is haunting and fits the mood of the track perfectly. It starts off with a pretty perky introduction, but quickly turns somber which matches the theme of a happy innocent girl living her life and then being taken from this planet with her whole future before her. The chorus is extremely effective as Crain sings “Lucky Penny walking through the halls of Heaven/with angels for company/now Jesus is a little richer.” The tune leaves one wondering if the song is based on an actual particular girl that Crain knows, or is just a generalization of one of the senseless mass shootings that have taken place in this country. Either way I dare anyone to listen to “Lucky Penny” and not shed a tear.

“Hurricane Helen” opens with a dazzling piano and string combination that engages listeners from note one. Always the master storyteller, Crain wrote this song about his feisty mother the day before she died. His intentions were to play it for her, but that sadly did not come to fruition. Knowing the context behind the song only makes the track stronger but if listeners are going into the song blindly they will still get much out of the tune as it still gets its message across. Instead of concentrating on the sadness of losing his mother, which is addressed briefly (“the loneliness of missing you is all too real,”) Crain chooses to focus on the memory of his mother who has “a shoe for every occasion” and has an “I’m gonna do it my way” attitude. Crain paints the picture of Helen so clear that one can almost see her in the kitchen entertaining her guests. Though she never got to hear the finished product, it’s safe to say that if she had she would have given her son a thumbs up.

Up next “Wilder Things,” the shortest track on the LP at just over four minutes , packs the most punch and is the strongest song on the album. It is upbeat and has a 70s throwback feel, especially on the infectious chorus in which Crain’s vocals really shine. While the verses are more structurally abstract, like most of the verses on Family Matters, the chorus is one of the most melody driven moments to be found on the record which sets it apart from other tunes. The story itself is about “a gypsy pirate” girl who is a free spirit and “outrageous.” As Crain sings “I can dream about her all I want/but holding her is just a thought” listeners will most likely be able to relate to the lyrics. While so many of the songs on this album are specific to Crain, “Wilder Things” allows his audience to apply their own life experiences to the track.

The main issue with Family Matters is that because Crain is so forthright and sings from the heart digging into the details of his life, it leaves a disconnect with the audience.

The title track chronicles the lives of Crain’s children as they grow up and move away as well as the mention of other family members. What starts off on a clear course loses its way when Crain starts mentioning names of people who listeners have no how they are related to him. It becomes a bit scattered, and while it must mean a lot to those close to Crain, to the regular listener it can feel just like a list of faceless names. In “Glory (Jim’s Story)” the connection remains a little more intact, as Crain sings of a man who is battling cancer. It has prolific lyrics such as “his body’s doing time in shackles and chains” and is relatable to anyone who has ever lost anyone to the disease.

Of course one can still appreciate these heavily personalized tunes, but it may leave a bitter taste with some listeners. It seems as if Crain is just writing this album for himself as a cathartic exercise, and the stories he tells he delivers well, so it is really up to each individual to decide if they can just appreciate the idea of one man spilling his soul into the universe or find it too alienating.

Overall with a few exceptions (the generic “Road Warriors,”) Family Matters is an album that while structurally repetitive at times is a fine singer/songwriters piece of art. Crain has dug deep inside himself to produce this album and the bravery of putting much of his hardest stories out there for the public to listen to is something to be applauded.