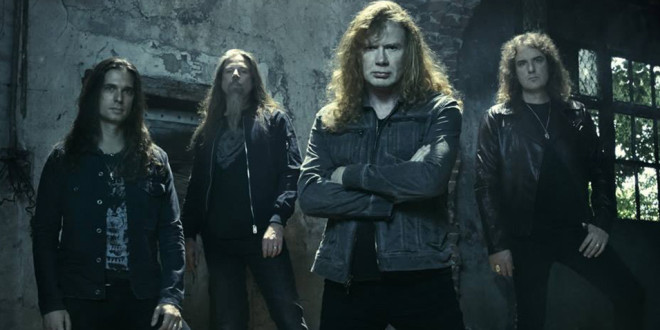 As one of the “big four” bands which pioneered American thrash metal, Megadeth are always guaranteed to generate plenty of buzz with the release of any new album, and their latest release, Dystopia, is as much a generator as any. The main draw this time around is the replacement of guitarist Chris Broderick and drummer Shawn Drover with Angra guitarist Kiko Loureiro and Lamb of God drummer Chris Adler. In addition to the fact that 2013’s Super Collider received mostly lukewarm sentiment, Megadeth fans everywhere are bound to approach Dystopia with cautious enthusiasm. Can two new members and a few years breathe new life into the thrash mainstay’s catalogue?

The opening riff of the album should serve to quell the reluctance of most fans. “The Threat is Real”, while not the fastest or most aggressive Megadeth song, definitely brings the heat with its classic thrash chugging and equally ripping dual guitar solos. The following title track almost seems too melodic to come from the mind of thrash royalty Dave Mustaine, while at the same time throws back to the band’s 1990 hit “Hangar 18” through the intro, the abrupt change of pace mid-song, and its solo-centric nature. Mustaine’s snarling vocals are no better or worse than usual, though in a more melodic track such as this one, one can’t help but wonder if the piece could truly shine with a proper vocal hook in place of Mustaine lazily chanting “dys-to-pi-uhhh”.

The following tracks all promise to satiate the riff-hungry appetites of ravenous fans, though some are undeniably stronger than others. “Fatal Illusion” starts with an intoxicated trudge before allowing established Megadeth bassist David Ellefson to receive some of the spotlight, introducing the main riff before the whole band joins in for another strong mosher. “Death from Within”, “Bullet to the Brain”, and “Post American World” definitely add to the more aggressive feel of the album and contain plenty of world-class solo guitar work from both Mustaine and Loureiro, but ultimately possess almost no staying power thanks to their uninspired choruses, generic non-solo instrumentation, and awkward socio-political lyrics.

Dystopia does, however, take a more interesting turn halfway through with “Poisonous Shadows”, a darker, more cinematic offering. Mustaine noted in a pre-release interview that his experience performing with the San Diego Symphony would manifest itself on the album, and this song’s added strings, choir, and piano arrangement, the latter of which is performed by Loureiro, make it clear that this is the moment he had in mind. While far from a progressive metal opera, “Poisonous Shadows” brings forward some more dynamic instrumentation, and is successful in breaking up the monotony of the last few tracks. “Conquer or Die” follows, and is the album’s instrumental track, as well as one of its finest. Opening with a thoroughly enjoyable classical guitar section and transitioning nicely to a full-band jam, it really serves to highlight the best aspects of Megadeth: sinister riffage, driving rhythms, and above all, outstanding lead guitar work. Among the final tracks on the album is “The Emperor”, which sports a groovy verse riff and strays unusually close to classic rock and roll for the band, and a cover of the song “Foreign Policy” by punk icons Fear, which is unfortunately forgettable for those outside of punk circles.

Though certainly solid and quite enjoyable in parts, in the end, Dystopia will be remembered in the same manner as nearly every other modern-day release by a classic band: barely. For one of such albums to live on in the minds of the masses, it must be either astoundingly strong or abysmally poor, and Dystopia is neither. It accomplishes precisely what it is meant to accomplish: quickly and reliably stimulate sales, maintain the band’s relevancy, and whet the appetites of fans. Indeed, fans can generally be expected to look positively on the latest entry into Megadeth’s storied history, as its tight production, aggressive temperament, and championship guitarwork more than make up for Super Collider’s shortcomings. “Better than bad”, however, is not the makeup of masterpieces, and if Megadeth wants to fully realize themselves in this decade, their outlook on the past needs to be a bit more “inspiration” and a bit less “fixation”.

Visit Megadeth and order the album at their website here. 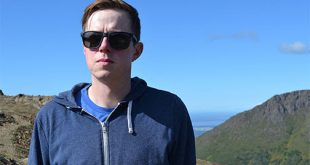 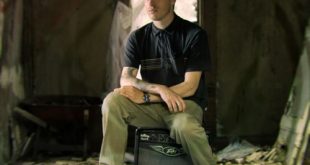