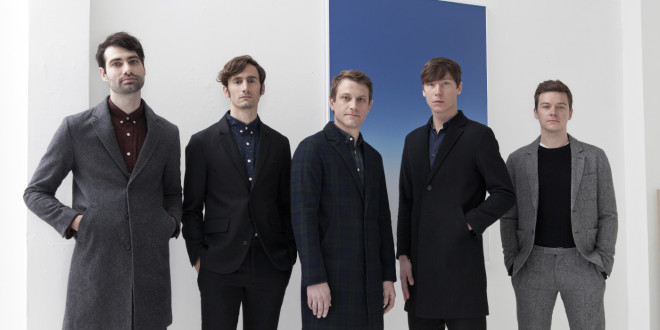 Seattle indie rock septet Hey Marseilles have released their music video for “Eyes On You”, the third track released from their self-titled third studio LP to drop February 5, 2016 via Shanachie Entertainment. Directed by renowned Pacific Northwest photographer/director Charlie Schuck who founded the influential Object design space in Seattle and starring Corina Bakker of the band The Tempers, the “Eyes On You” video is a rumination on the individual spirit and a celebration of creative thinking amidst personal isolation. Stylistically and visually stunning, the video captures the band’s own balance of melodic harmony and cinematic textures, containing the most explosive climax in Hey Marseilles history.

The self-titled album’s origins began two years ago when members of Hey Marseilles met Grammy award winning producer Anthony Kilhoffer, best known for his work in the hip-hop/ R & B world for artists like Kanye West, John Legend, and Rick Ross. After quickly seeing eye-to-eye on the vision for a partnership, they got to work on this album which the band considers their first-step into the mainstream music world, while keeping close to their indie roots.

In addition to the album to come, the band will be making their way across North America, making stops at venues like Rough Trade in NYC, The Echo in Los Angeles, and ending the tour in non-other than their beloved Seattle at The Showbox.

Album is now available for Pre-Order at the links below:
iTunes | Amazon Music | Google Play