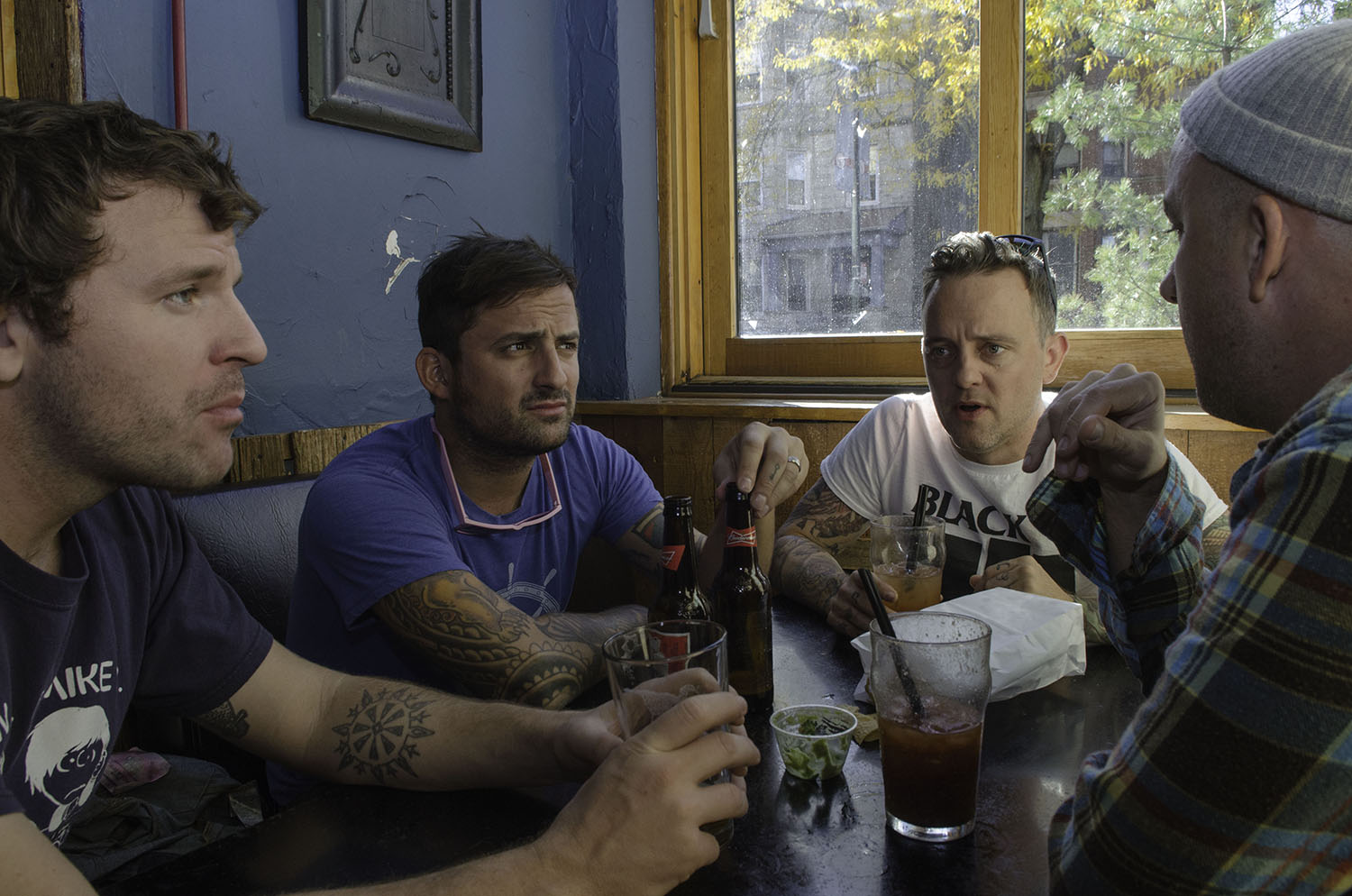 Punk Supergroup THE FALCON (feat members of The Lawrence Arms, Alkaline Trio, The Loved Ones) Soars on March 18th

“This record is super dark,” explains punk super group The Falcon’s frontman Brendan Kelly (of The Lawrence Arms) of their forthcoming album Gather Up The Chaps that is set for a March 18, 2016 release via Red Scare. “I don’t know why it turned out like this, but sex, drugs, rock and roll, and death are powerful topics for a reason. I didn’t invent or pioneer this kind of album by any stretch of imagination, but it’s what came out of me. I feel like the record has a large dose of self-loathing in it, but also a sense of reveling in bad decisions and gleeful destruction to self and others.”

Originally forming in 2004 with members of The Lawrence Arms, Alkaline Trio, and Rise Against, The Falcon came together essentially as an extra creative outlet for the members. Their 5-song debut EP God Don’t Make No Trash –or- Up Your Ass With Broken Glass sold several thousand copies prompting them to write and record Red Scare’s best-selling release 2006’s Unicornography. They went on hiatus for a few years because all of their main projects were extremely active, only allowing them to resurface to play special shows in Chicago with bands such as Naked Raygun and The Bouncing Souls. In 2014, The Falcon emerged from its slumber to crank out a new song for the Red Scare 10-Year Anniversary compilation, which made them eager to return to the recording studio.

The Falcon is Brendan Kelly (vocals, guitar), Dan Andriano (bass, vocals), Dave Hause (guitar, vocals), and Neil Hennessy (drums, vocals). Their brand spanking new album Gather Up The Chaps will be released on March 18th via Red Scare. A tour is currently being routed, so stay tuned for dates!

Tags Gather Up The Chaps Punk supergroup The Falcon