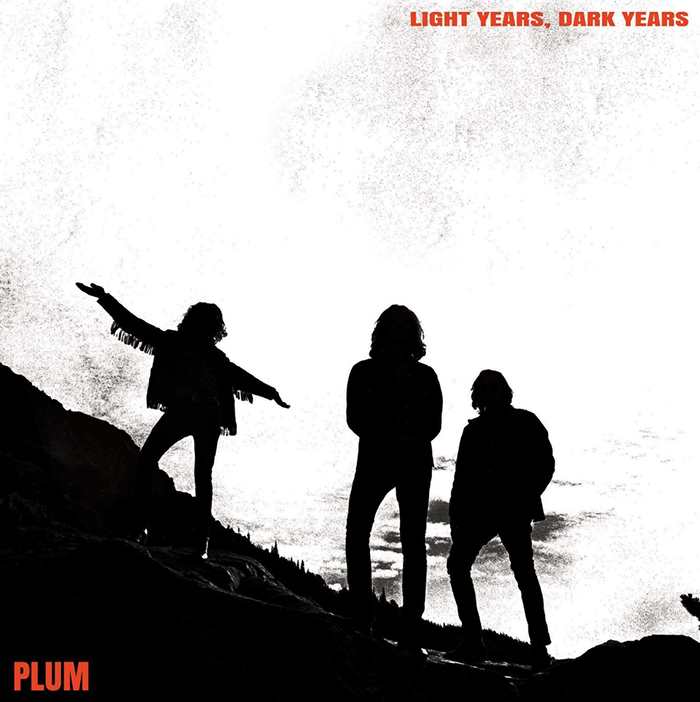 Denver-based rock outfit Plum are emerging with a bang with their debut EP Light Years, Dark Years. The four-piece band are no strangers to the rock n’ roll scene, already having opened for acts such as Charles Bradley and Win Butler and The Districts since their formation in late 2014.

Light Years, Dark Years is a valiant attempt at an all-encompassing culmination of psychedelia and clean-cut indie rock, one that results in a mellow and familiarly retro vibe. The EP is essentially a grittier take on the drippy and hazy music of Tame Impala, but with arguably more 1960’s influence. Every track is a definite toe tapper, the EP itself a swirling vacuum of reverb, and a wealth of spacey, imaginative guitar riffs.

An effort to resurrect the sounds of the psychedelic 6os a lá Cream and Pink Floyd is always something to be saluted, even if the brave warriors who take on this challenge do fall a little flat. Luckily, Plum are trying their very best to bring this complicated sub-genre to justice. If the rest of Light Years, Dark Years took a couple cues from the second track “Cosmic Vice”, a more cohesive and free-flowing EP would be the result.

“Cosmic Vice” is deliciously, well, cosmic. It takes every notable and well-loved element of the psychedelic 60s and whips it up into modern context, producing a dreamy track which is enjoyable in every sense of the term. Therefore, “Drip” seems odd to have as a following track, as its heavy and harsh guitar riffs jolt us back to reality, when it would have been much more pleasant to keep living in the whimsical realm that “Cosmic Vice” created for us instead. However, “Hypnagaga”, the spirited ending track, redeems the EP, bringing a near-perfect recipe to the table: two shakes of classic rock and a tablespoon of psychedelia. The last thirty seconds of the track are near masterful, bringing a rare originality to bat.

Plum is definitely on the right track: they have the art of the wah-wah pedal down, but perhaps their greatest mistake is in their attempt to inject a hefty dose of accessibility into Light Years, Dark Years. Some of the tracks seem as though they are strained attempts at fulfilling the formula of the perfect indie rock song. It doesn’t take much to determine that if Plum decided to left themselves drift, pursuing more material that seems to come more easily to them (not unlike “Cosmic Vice”), they could put even more success under their belts. Light Years, Dark Years is an incredibly promising EP: one that would be even more exceptional if Plum had left themselves some room to breathe.

Previous So What?! Music Festival Announces Last Round of Artists
Next The Treatment Release New Song & Video “Let It Begin” New Album Generation Me Out March 18th