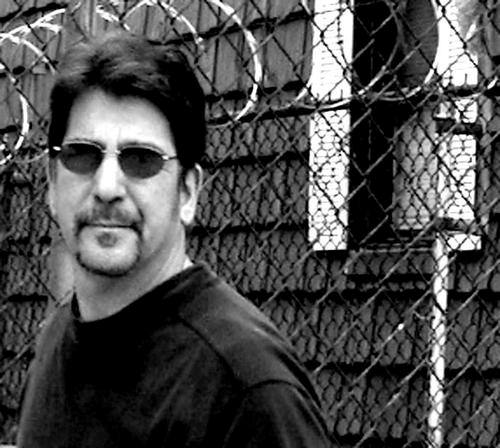 Over the years we’ve seen rock, pop, and even hard rock slowly erode into over-commercialized, corporate puppet shows providing music that is extremely sing songy’, predictable, popish and highly corporate. I hereby call this new breed of music “Poser Rock” and I want to personally thank all the corporate giants for successfully transforming “Sex Drugs & Rock n’ Roll” into “Yoga, Vitamins and Nikelback” Of course millions of musical lemmings don’t know the difference and trust me when I say not everyone is entertained. Talking to many music fans out there the response is overwhelming. Give me something new, something fresh, and something real.

So across my desk slides the new 8 songs CD by LA based Phil Celia “The PCB Sessions”. During my initial research and a first listen to this 8 track offering, there were a few thing I noticed right away. Their recordings showcase a well-produced folk-rock songwriting approach that is I the upper 10% of music I get every year. From upbeat, musically-involved pieces to simple, minimalist moody tracks to no holds barred creations all contained therein. These recent recording presents an interesting, melodically, literate (even uniquely tasteful) collection of material you can’t help but fall in love with. The music is comparable to an old fade pair of Blue Jeans. Delivering amazing lyrics showcasing the highest highs and the lowest lows. It’s painfully obvious to me Celia is a real musical journeyman. The wisdom he delivers via his lyrics – pure gold and its rewards are manifold. At the center of each piece and every arrangement is an effective, if often well-crafted melodies and a unique vocal sensibility.

I suspect Phil Celia was inspired or influenced by a wide array popular-music-history’s Folk masters like Arlo and Woody, Guthrie, The Band, Harry Chapin, Bruce Springsteen, Bob Segar, and Jeff Tweedy and classic Bob Dylan. Let me go on record by saying what I heard put a smile on my face and a yes tears in my eyes. It’s an impressive snapshot that not only touches all the motions, but delivers solid songwriting with a nice slow burning folk/rock feel to it. Lead vocalist, guitarist Phil Celia is one of the best singers I’ve heard when it comes to conveying vocal emotion via breathtaking lyrics. On songs like “Rock Me on Your Knee”, “and masterpiece “I Hate the Rain” all of the above accolades really shine. He really finds the pocket behind the glass and his voice in unique enough where you can distinguish him from other folk artists. You will also hear a side of Old Classic Folk that is somewhat 70’s in nature like from Bread and Don McLean. If you like the above bands you should definitely check out this CD. Bob Dylan fans will love this record. My favorite track is probably a toss us between “I Hate the Rain”, and “Ordinary Day.”

This latest 8 track release by Phil Celia is invigorating and somewhat awe inspiring. Inspiring in the sense that it will touch your soul, and give you a sense of hope that real good songwriting is not officially pronounced dead yet. This 8 track CD runs the gamut and is a solid release with many solid grooves with a magical folk-fretboard sound and entertaining vibe. At the end of the day it’s a statement as powerful as the artist himself. The PCB Session by Phil Celia gives us a fresh glimpse at an amazing “beneath the radar” recording artist from Southern California that takes us back a few years – before everything started sounding like – well like NIKELBACK.

Previous Gallery: The Libertines at Manchester Arena 23.01.2016
Next Gallery: HELLYEAH on ShipRocked 1/19/16