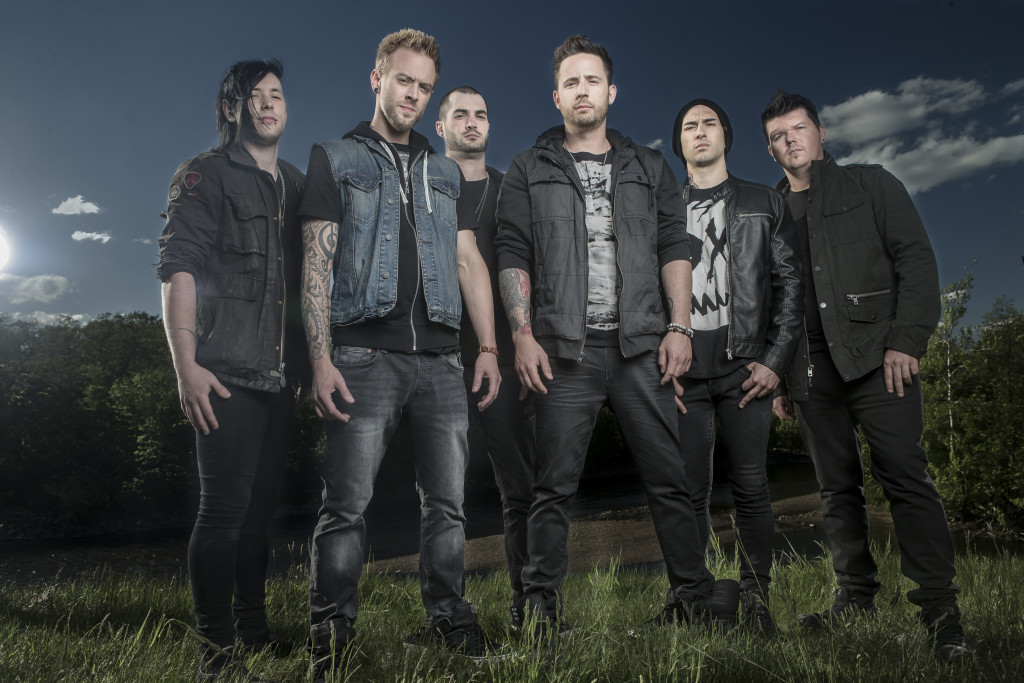 From Ashes to New Announce Headline Dates & Tour with Atreyu

Prominent hard-rock newcomers, FROM ASHES TO NEW, are focused on preparing the world for their upcoming Better Noise Records debut album, Day One, out February 26.  With a little over a month before the album release, From Ashes To New is excited to announce the dates for their March tour with rock mainstays Atreyu, which begins March 5th in San Diego, CA.

Their already impressive touring history, including performances with high-profile bands Falling In Reverse, Hollywood Undead, In This Moment, Papa Roach, and Five Finger Death Punch has lent itself to land them on one of the most anticipated rock tours of 2016 with Atreyu, Devil You Know, and Cane Hill. Making a name for themselves the world-over, the band will first be ushered to Japan in January, opening shows for One OK Rock, All Time Low, and Pvris.  From Ashes To New will also be heading out for a round of headlining dates in February, seeing them add to their already loyal, growing fanbase.

The band will perform tracks from the upcoming album including their breakout single “Through It All”, which has recently catapulted into the Mediabase Active Rock radio Top 20 after topping Sirius XM Octane’s charts for three weeks.

After the run with Atreyu, the band will be a staple at various Spring rock festivals with appearances at Carolina Rebellion, Northern Invasion, Extreme Thing Festival and Welcome To Rockville already announced. Rock fans can keep at attention as the band will continue announcing new festival dates and have some exciting tour plans coming that will see them heading to cities across the US.  Their sights are set on the top and From Ashes To New exhibit no signs of slowing down.

The thousands of pre-orders across the globe are the tell-tale sign that fans everywhere are ready for the beginning of revitalized rock in the form of Day One. Surpassing the pre-sales for metal champions Anthrax, it is abundantly clear that FROM ASHES TO NEW’s debut album will soon be at the top of many playlists in heavy rotation.

Pre-order your copy of Day One today and don’t missFROM ASHES TO NEW as they storm through a city nearest you.

From Ashes To New with Atreyu tickets went on sale this week, here.

About Better Noise Records: Better Noise Records came to life in 2014 as one of the labels of the Eleven Seven Music Group. The label’s vision is to break the next generation of rock acts, and that’s exactly what it is doing.  Better Noise is home to emerging new artists including Deuce, Escape the Fate, From Ashes To New, Diamante and As Lions. Led by a team of the music industry visionaries, the label supports its roster with a range of integrated services including marketing, promotion, publicity, sales, digital, licensing, and touring.  With distribution partners RED/Sony in the U.S., ADA/Warner in Europe, Sony in Canada, Australia, Southeast Asia, and South America, and Universal in Japan, Better Noise is well-positioned to deliver the world’s next rock leaders and icons.