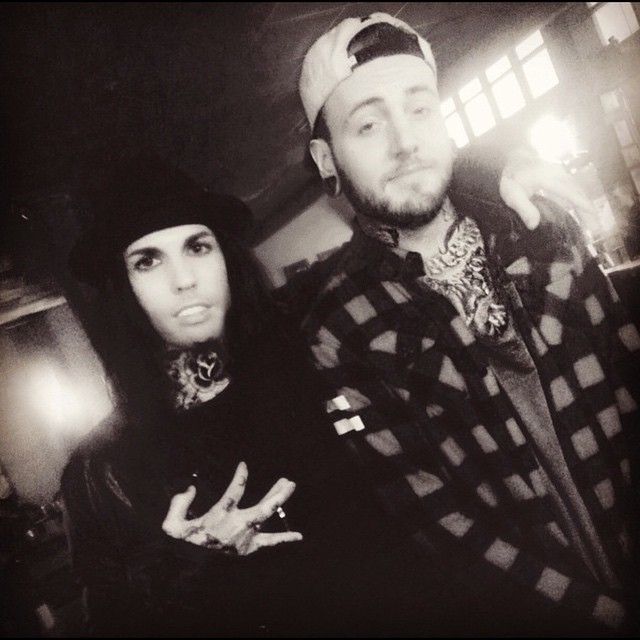 Los Angeles rockers VAMPIRES EVERYWHERE have teamed up with Bloody-Disgusting to premiere their newest single, a haunting cover of Hozier’s breakout hit “Take Me To Church,” featuring CHELSEA GRIN’s Alex Koehler.  This is the second piece of new music to be revealed off of the band’s forthcoming full-length, Ritual which will see a release date of March 18, 2016. Listen to the Vampires Everywhere rendition of “Take Me To Church” here:

Vocalist Michael Orlando explains, “The first time I heard Hozier sing ‘Take Me To Church’ I knew I had to cover it! I also knew I needed one of my homies to collab with me. The first person that came to mind was Alex Koehler (Chelsea Grin), he’s one of my best friends and his scream is evil as fuck. I’ve been wanting to collab with him for years and I’m beyond excited with the outcome. The lyrics to this song are amazing and I’m thankful I was able to put my spin on it.”

The forthcoming album ‘Ritual’ was produced by Matt Good [From First To Last, DRUGS], mixed by David Bendeth [Bring Me The Horizon, Paramore], and will serve as the follow up to 2012’s ‘Hellbound and Heartless.’ The first single off the album “Black Betty” was just recently released, as well as an album teaser, highlighting snippets of each song on the album.  The full tracklist and artwork for ‘Ritual’ can be seen below.

‘Ritual’
Perfect Lie
Violent World
Black Betty
Take Me To Church (ft. Alex Koehler of Chelsea Grin)
The Ghost Inside My Head
Truth In You
The Demon Inside Me
9 Lives
American Nightmare