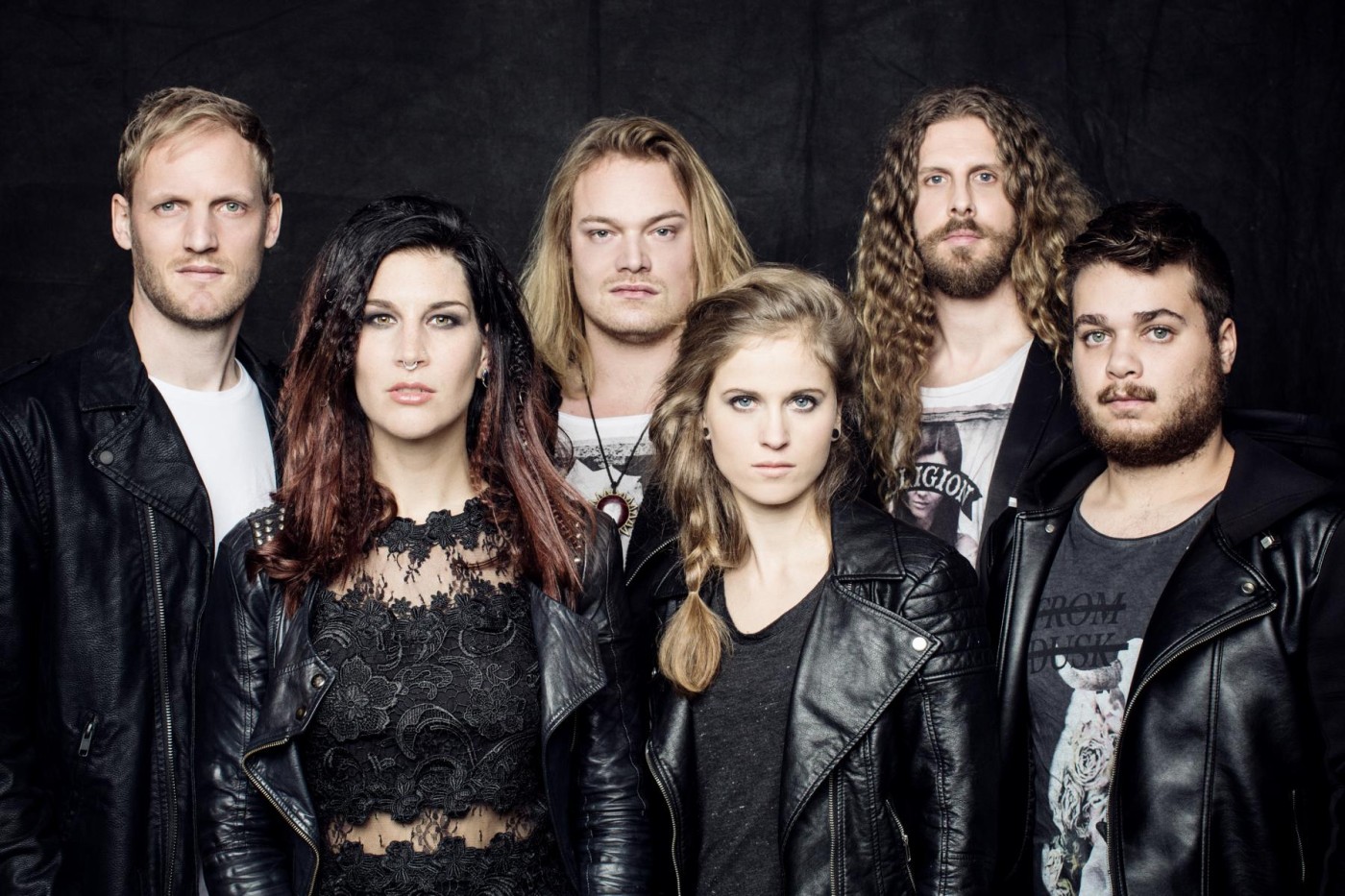 DELAIN seem to be restless spirits: Their latest album The Human Contradiction was released in 2014 on Napalm Records and gained high praise from both fans and the press alike. DELAIN followed up the release by touring the world with acts such as Sabaton, Within Temptation, and Nightwish, followed by a European headline tour that saw them conquering stages in sold out venues all over! Yet instead of resting on their success, DELAIN have hit the studio again to present a brand new epic endeavor: Lunar Prelude – the exciting EP by DELAIN, set to be released February 19, 2016 on Napalm Records!

As DELAIN prepares to hit the road again in Europe followed by a North American Tour the band is pleased to present a one of the two new songs from their upcoming EP. The song entitled “Suckerpunch” is available for streaming courtesy of Metal Underground HERE.

The band commented on the upcoming EP and “Suckerpunch”:
“Dear Delainers, our latest album The Human Contradiction has taken us on a great ride, performing hundreds of stages around the globe for all of you. We barely managed to catch our breaths from our most recent tours, yet we’ve already got some new music that we simply can’t wait to share. In preparation of our next full-length studio album, we’d like to present to you Lunar Prelude, a collection of several brand new tracks, a new version of a familiar one, and live versions of some our favorite The Human Contradiction tracks. Today, we release the first track off Lunar Prelude: an upbeat fight song about facing your demons and taking them on. Don’t let them weigh you down! We hope you will enjoy “Suckerpunch””

Lunar Prelude, was mastered by Grammy Award winning Ted Jensen, offers two brand new songs in the shape of the beyond catchy ‘Suckerpunch’ and the melancholic ‘Turn The Lights Out’.

‘Don`t Let Go’ (taken from 2014`s The Human Contradiction) comes in a brand new version, while the EP also contains four incredible live cuts, as well as an orchestral reprise of ‘Suckerpunch’, all of which proving once again how DELAIN are blatantly known for their extremely catchy hooks, bewitching melodies, symphonic bombast, and of course a good solid dose of Metal! DELAIN have concocted a mesmerizing kaleidoscope of emotions, and with the EP title featuring the tell-tale word “Prelude”, our hunger is left to grow for a next full-length album…coming in 2016!

Lunar Prelude will be released on February 19th 2016 via Napalm Records! Pre-order your copy HERE.

Catch DELAIN live in 2016 on the following dates & festivals!