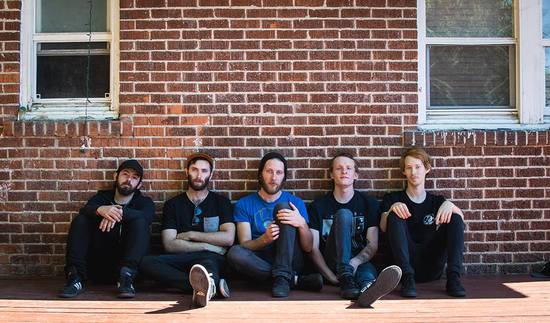 Wearing Thin is excited to premiere the new video for “Hysteria”. The track is off their Tragic Hero Records debut EP, Fake Amends. ‘Hysteria’ is about the emotional turmoil you experience when having something or someone taken away from you,” vocalist Tylor Blackburn explained. “It’s the most honest and personal song on Fake Amends, digging deep into my own insecurities of feeling like I’m hysterical at times.”

Fake Amends is available now at all your favorite digital outlets and physical copies can be ordered at merchbucket.com.

About Wearing Thin:
Taking cues from multiple different influences, Wearing Thin has figured out the perfect combination to their own sound. Tylor Blackburn (Vocals), Jace Garner, (Drums) Sean Jurewicz, (Guitar) Maclaine Lewis, (Guitar) and Nico Lee (Bass) are ready to take the band to a whole new level after signing with Tragic Hero Records in 2015.

The band had their start in Salt Lake City, Utah after Blackburn mentioned needing a drummer on social media for a new project and that’s where Garner came into the picture. Childhood friend Lewis was recruited to play guitar and another musician in the local scene, Lee, was brought in on bass. Jurewicz plays guitar in a former band of Blackburn’s and after hearing about the new direction was quick to be a part of it.

Wearing Thin is no stranger to the recording studio. They recorded their EP, Fake Amends which was produced by Andy Patterson and mixed/mastered by Randy Cordner. They’ve also worked with the duo on their 7” split with Keyes. The band then went back into the studio to re-record the EP to show the band’s significant growth as a band.

Fake Amends will be Wearing Thin’s Tragic Hero debut and will be out in December 2015. The band has toured previously as a three piece but is ready to hit the road with their current line-up and changed sound.