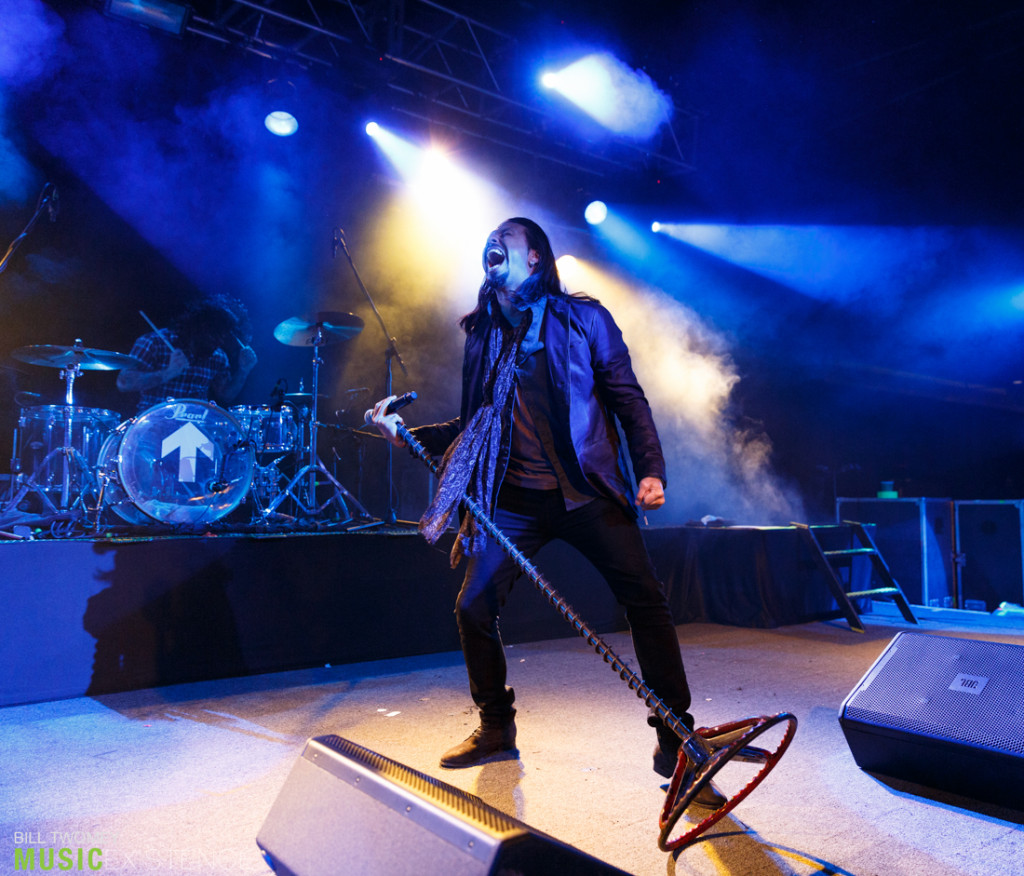 Bands have come close in the past, but no band has ever reached such an incredible milestone. Vocalist Leigh Kakaty weighs in, “What a week we’ve had! First, it was a lifelong goal to play during a PISTONS GAME. What incredible hospitality they gave us this past Tuesday. A proud moment for Pop Evil for sure. The Machine Shop has been there for us since day one. The shop is our second home. Everyone involved at the venue we consider FAMILY. What a feeling to be the first artist to sell out 3 shows in a row. We wanted to challenge ourselves to do something different this time around and with the help from our great fans we have succeeded.”

The band recently got the chance of a lifetime to perform during a Detroit Pistons game this past Tuesday against the San Antonio Spurs. The band played their two mega hit singles “Footsteps” and “Trenches.” A recap of the event can be seen here.

POP EVIL recently debuted their new music video for their track “Ways To Get High,” which is currently approaching Top 5 at Rock Radio.

The track is the second official single to come from their latest full length UP, which was released this past summer. “This song is a chance to free your mind and express yourself in whatever mood you may be in,” says frontman Leigh Kakaty. “Find your Shine!”

The video was directed by long-time collaborator Johan Carlén who has helmed the last handful of visually stunning music videos the band has released including “Trenches,” “Deal With The Devil,” “Torn to Pieces” and most recently their #1 single “Footsteps.”

The band recently reached #1 on the Mainstream Rock Chart for the fourth time in the band’s career with their latest smash hit “Footsteps” and stayed there for a staggering 4 weeks. The single was not only the fastest charting single the band has to date, but is also the fastest independent record label single to go #1 at rock radio this year.

UP was released with some serious critical accolades. Blabbermouth called it “an album that will rock the socks (and other clothes, no doubt) off their fans.” Huffington Post said the new LP “finds the Michigan band is in fine form.” News powerhouse USA Today even recognized that Pop Evil have“become a familiar presence on rock radio” in a recent feature with vocalist Leigh Kakaty. POP EVIL released a flurry of tracks off their LP before its release. “Footsteps” led the charge with “In Disarray,” “Dead In The Water” and “Ghost Of Muskegon” right behind it.