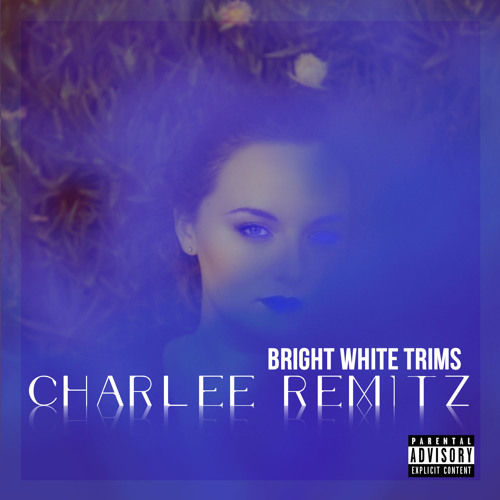 Pop music comes and goes in waves. There will be periods where the genre is polluted with poor songwriting, pretty faces and music with absolutely no substance whatsoever. We’ve been stuck in that period lately with a lot of young, fresh stars making faceless music without a tune in sight to save the day.

Bright White Trims by Montana’s latest hopeful Charlee Remitz is certainly packaged with plenty of gloss in both the music and studio trickery that brings it to life, but something is a bit different here. Everything appears to be the same old, same old on lead in track “King’s Cup.” Filled to the brim with syrupy keyboards, sunny day choruses and the standard mix of electronics and shiny vocal melodies, “King’s Cup” is practically a how-to guide on writing a pop song. The double-tracked, call and response vocal harmonies as well as the inoffensive songwriting only further that assumption. It’s a fun if not completely forgettable piece, but things change with the second song “Fillin’ in for a Goddess”. Remitz’s vocals, though sleek and finely polished, are coming from a more downtrodden personal place even when delivering stark, beautiful hooks. A guitar intro with a scant few psychedelic chords build the atmosphere which soon turns into a stormy sky of slow beats, bleak but soothing keys and a searing chorus. While memorable enough to be labelled as “pop” the song toys with a sort of goth-y, indie darkwave full of minimalist twisting and turning… it’s a good song and one of the album’s strongest.
“Cake Eater” changes the game again with foul lyrics referencing crack and hard living (or perhaps a warning against it) and a hood rattling, windows down rap thump. Numerous vocal tracks congeal into a singular melody to follow with Charlee putting particular gusto behind the chorus. There are subtle shades of European trance and techno heard throughout, albeit unfolded at a slower place, but the song is an interesting melting pot where different sounds hold a universal meet n’ greet. The same flow and influences works its way into “BMW” and the knife-edge, gutterball rap of “Bitches & Ladders.” “BMW” fares better with a swaggering sequence of beats that emphasize progression as it builds to a pop relief in the chorus, but “Bitches & Ladders” quickly morphs into common rap tropes with plenty of unnecessary expletives. Punchy, floor-shaking r & b is the order of the day on “Juicebox Season” with plenty of pop on the side carving another standout chorus practically molded for summer weather, setting the stage for the even more early 2000s, MTV tailored “Stucco Houses,” it’s only too bad that MTV doesn’t play videos anymore because this breezy tune would be all over the channel if it had video representation. The album finishes up with “Routines.” Mingling light dance elements, pop, indie guitar jangle and rap together, there is a bit of everything going on here, although the end result ends up sounding mighty similar to “King’s Cup”, which was not one of the release’s stronger tracks, even if it has a pleasant, gently swaying groove.

Bright White Trims isn’t a perfect album but it’s certainly way above average for modern pop. Charlee Remitz isn’t content to play the same old pop as everybody else and that facet of her sound/identity works to the album’s advantage. She takes some trances and pulls some pretty fancy tricks for the genre with a pretty consistent hit ratio overall. Anyone into pop and other popular genres who is looking for something with equal parts style and substance should lend an ear to Bright White Trims. If nothing else, it’s a unique release when stacked up against its competition.