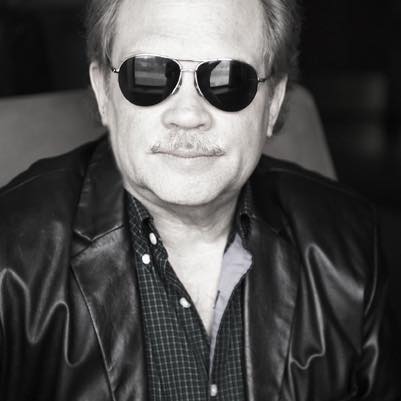 Bio: Veteran musician, singer and songwriter, Gordy Hunt, returns to the label where it all began in 1982′ with a brand new record entitled Seniority! The new record brings the listener up to speed on where he has been, where he is now and points the arrow to show us where he is going with 12 new tracks of original music about life, love and experience. By the end of the record, there will be know doubt, Gordy has earned his seniority as an artist and a musician! As a bonus there are two tracks added from very early in Gordy’s career that set the tone for his musical journey that was yet to come!

It’s easy to know how to categorize an artist like Hunt. His latest 14 track staple “Seniority” is one of the better pop-rock releases I’ve heard this year. Because it’s doesn’t try too hard to be anything, but rather more honest and pure music. I got sold on Hunt’s melodies and impressive musicianship right from the start via track 1 “Looking Forward to Your Love.” Not only is Hunt an impressive singer/songwriter, all players are excellent musicians and their contributions to the writing and arrangements are of paramount importance-which is to say nothing of the contagious chemistry Hunt has behind the guitar and microphone.

The CD bursts to life with Track 1: “Looking Forward to Your Love” which is a crisp heartfelt raid on the senses yielding a superlative number. It’s a great invigorating pop revival that others (like myself) will lobby hard for. Hunt has a solid voice. His voices in the upper 10% of pop artists I get annually. The band has a solid look and sound that reminds me of Bruce Springsteen, Gordon Lightfoot, Zac Brown Band, Eli Young Band, Big Star, Tom Petty, Neill Young, and yes the legendary Billy Joel. Cited influences are Billy Joel, Todd Rundgren, and Bruce Springsteen.

Track 2 is my top pick on the collection “Lady in the Lenz” keeps it moving in the right direction delivering an amazing and compelling chorus. We then get into rough and tumble territory with the title track single and the amazing “Title track, “Love Circus” and “Michigan Love.” Here the mood of the album slowly begin to trend upward towards more goodhearted atmosphere. “Only With You” and “Waiting for Terry” are two strong closers. Many pieces develop well into top flight melodic phrasing and thickly laced harmonies. Some tracks are more pop-inflected no doubt. All however are melody driven rather than the typical synth-pop posturing we’ve all come to expect on the radio. This is vintage Pop-Rock with kind hearted melodies which play into Hunt’s unique sensibility that can jar even the staunchest of listeners. Other notable stand-out songs: Mary Lynn”, “Out of Love With You” and “Face on Mars.”

It’s safe to say much of today’s music is made up entirely of yawning ambient beats, sparse musicianship and superficial vocals. Some of these intangibles even creep into contemporary country. Much of this reflects the superficial state of the music industry itself. Much of it is built of a house of cards that has become the quintessential pop persona. Where am I going with all this? None of the above applies to Gordy Hunt who lets the chips fall where they may. This is indeed the premise of the rock n’ roll – pop roots that many feel was the best music that ever crossed the airwaves. Why? Because with artists like Hunt it’s just good-timing music straight from a voice a guitar and a heart of gold.

“Sometimes, the present can be so unkind and the future is uncertain for all. So …