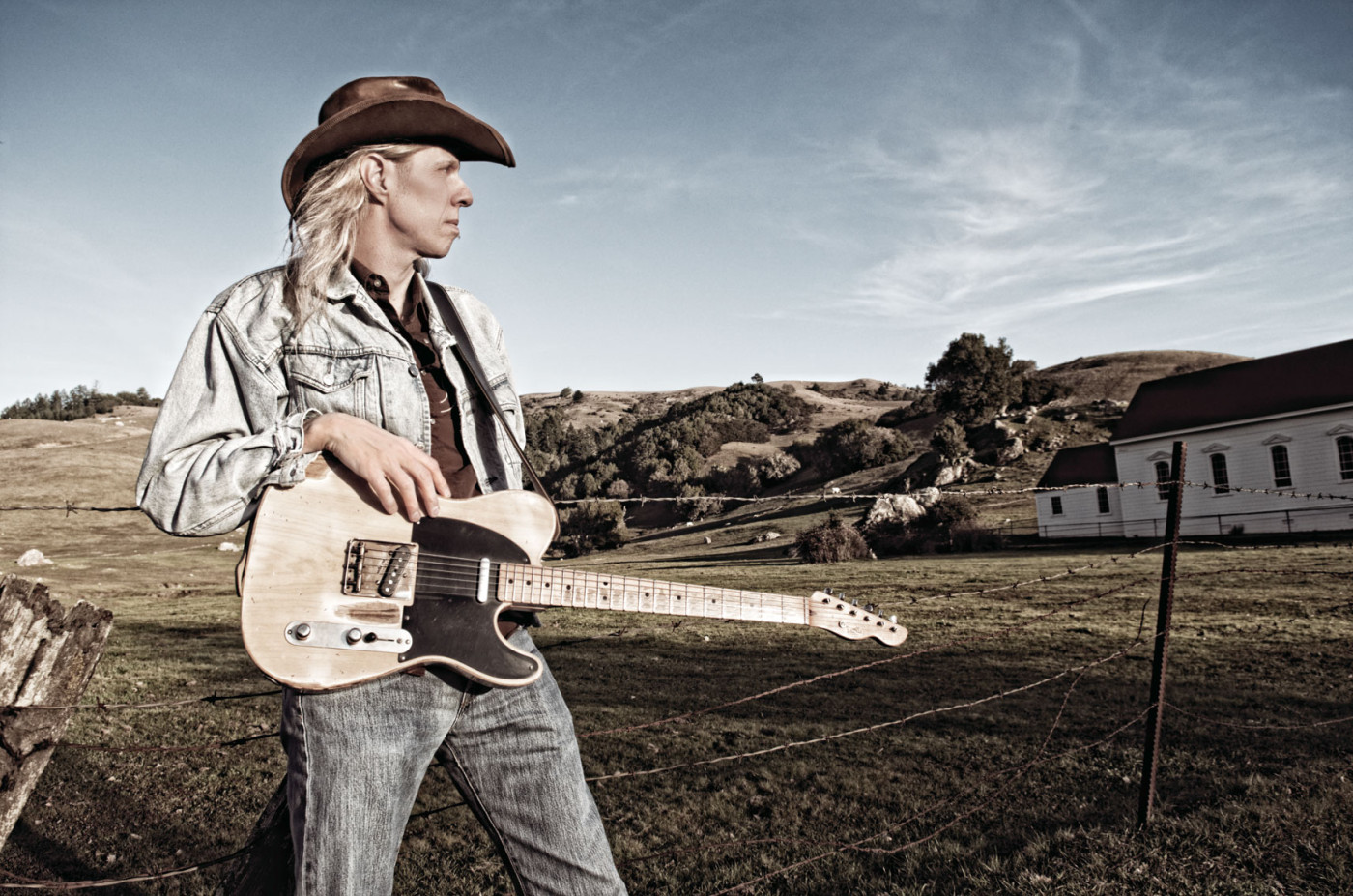 Until a few years ago, Danny Click was one of Austin’s best-kept secrets, a musician’s musician who’d won the respect of some of alt-country’s biggest names but hadn’t yet found widespread recognition.
That changed when Click’s CD, Life Is A Good Place, was released in April, 2011 and spent more than 12 consecutive months on the Country, pop, and Americana radio charts.

The first single, “Wait My Turn”, reached #1 on Nashville’s Indie World Country Chart, and the second single, “I Feel Good Today”, topped out at #14 on the NMW national Country chart along-side Keith Urban, Miranda Lambert and Taylor Swift. In the San Francisco Bay Area, where Click now resides, he’s built a large and passionate fan base that includes musical greats Carlos Santana and Elvin Bishop, both of whom have joined him on stage for impromptu jams.

Click and his band The Hell Yeahs, featuring a round-robin roster of top-shelf musicians, have played more than 200 sold-out shows over the past two years, as well as opening for legends Taj Mahal, Cake, Robert Plant, Mavis Staples, Sonny Landreth and JJ Cale. Last summer Click bumped it up another notch, playing large festivals like the new Mount Tam Jam and Waterfront Blues Festival in Portland.

Alternative country has more than one speed for this blues artist, and this album contains all of them. It’s actually everything from classic country to hard rock in a perfect blend of all flavors of the country rock base. After hearing this and already being aware of Danny Click already, I was surprised to hear it open with “Broken” being a rather mid-tempo track. That is because it certainly lets of a soft rock/easy listening scent but by no means stays that way. But of course there is always a meaning and it does come across well. I like the female vocals. And it doesn’t exactly pick up on the next track “When You Cry,” but it does increase in the country department with some great slide work. It’s also where it becomes clear why he’s also played with a lot of blues players I like, particularly Sonny Landreth. You know by now this is a quality product, as this track successfully compels without any specific genre standing out. The pop side is really all you can attribute, if that even flies in today’s heavy misuse of categories.

This begins to continue but instead turns into a darker sort of Chris Ria approach on “Without You,” which could even be a JJ Cale cover by the sound of it. But it goes way beyond that if it is. This is one killer track, and where the record really starts to take its excellent shape. The guitar work here is hard to nail, as it contains a very clean acoustic build-up that would make any ear double-take. But the tempo drops back down a bit on “What I Do,” with a more folk style tune which isn’t bad, especially with the layered guitars. It almost has an “American Pie” feel to it. Whatever this guy does it seems he can do no wrong. If you listen to a lot of music including country, it’s hard not to like this. It’s both traditional and modern with rocking outbursts and easy listening parts that put in the upper class of today’s popular music.

On “Holding Up The Sun,” is the title track goes into duet form and it’s just so easy to take in, the sun on a warm summer morning. It’s about shining the light on those in need of it. This isn’t the best track on the album but there isn’t anything bad here. This album isn’t something I can really take any critical points away from in all honesty, it would be amateur of me. This isn’t some kind of second rate artists or recording. It’s almost a throwback to what just isn’t happening anymore. And that’s music that sees more than ten feet in front of its face, by musicians who know what they’re doing, no question about it. That would just read like I didn’t listen to and enjoy this undeniably good CD.
For not being the best track, the title number sure is another fine piece of music that fades away nicely. It’s easy to tell I like the whole set. Even though I’ve already heard Click, it begs for more of his work to come this way. “Where Were You” is one of the more lyrically comprehensive tracks, and yet another thing of beauty. This one containing a sweet guitar solo and also a lovely intro which is almost flamenco. But it’s essentially country blues with slide and volume swells galore in what are some awesome chops displayed and then some. This saves an otherwise quiet but nevertheless excellent tune, and I’m just skipping around to describe some of them.

For instance “Trouble Is Comin’” is musically an out and out hard country rocker which is something of the desired energy level that could benefit from a whole album of, if I were to actually suggest something. The guitar playing is hypnotically sublime. I’m talking about that lyrically emotive string work you can listen to all day. The vocals here are somewhat under-mixed but the power of the chorus calls for all they’ve got. And the great guitar work continues to enhance the more narrative work of “Eva Jane,” which is more or less one of the epic tracks. There is more to take in than mentioned and it’s all a consistent set that comes highly recommended. This is the kind of release that really makes you believe quality music is still out there within a close proximity of a seminal brand of songwriting that only yesteryear once produced. Wherever it has gone, Danny Click seems to have engulfed enough of it to ooze some upon the masses in their ultimate time of musical need.