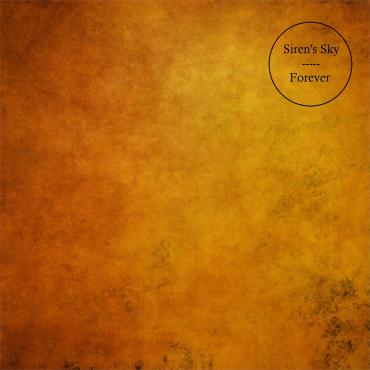 Siren’s Sky is a unique musical project from Germany combining the guitar prowess of Herbert Kaptien and 3 female vocalists (Lydia Sainikova, Jessica Rasche and Esther Bredius). Their latest release “Forever” Was released in 2015.

At first glance this is a powerful album title. Sire’s Sky inspires clairvoyant. As a music fans aficionado who’s strictly a voyeur, a writer who’s never played a lick or tried to fit different musical components together into a cohesive whole, I’m intrigued by the idea of a centerpiece band rotating around a guitar player fronted by 3 European vocalists .This rising German based project is somewhat of a musical force to be reckoned with. As if releasing many impressive songs isn’t enough. Listening sporadically to their previous works/songs I think it’s safe to say this is the best Siren’s Sky yet. All four have managed to hit a home run with this, their latest 9 Track CD entitled “Forever.” It’s pretty much a melancholy masterpiece of complexity and adventurous depth proving once again that good European Alternative Rock need not be taken too seriously – but never to be taken too lightly. Siren’s Sky achieves her own distinctive voice in significant part by featuring the unique guitar/3 voice combination at the core of all these songs. At the same time with a plethora of instrumentation that 4 artists can dish out – all making for a unique sonic experience altogether. The ultimate beauty of this collection is clearly Sainikova, Rasche and Bredius backed up by guitarist Herbert Kaptien – making for a very unique musical foundation. I can’t remember a band that had 3 female vocalists. I enjoyed all the singers, the way she so weaves her ever lamenting voice and battle cry in and out of the foreground of all these tracks. Lydia Sainikova sings on Forever, Cosmic, Let Go, Until You Feel, Jessica Rasche sings on Blinded, The Dream, Dance, Esther Bredius sings on Autumn

Siren’s Sky clearly feels equally as comfortable powering through the modern alt-rock grooves of the former as tiptoeing through the more contemplative, sonic alternative punk contrails of the latter. In this musical environment Siren’s Sky finds the seam between the two approaches, delivering a steady interlude of music in the midst of musical chaos making for an astonishing yet stunning musical experience. Much of the songs unfold in similar fashion as Siren’s Sky alternate solo/duo meditative moments with deftly executed, often-challenging rocked out syncopation. If Kaptien wrote and produced all these then he could be bigger than any of us realize at the moment. They are all quite remarkable artists, composers and performers as well.

Top Tracks are: Cosmic, The Dream, Let Go and Until You Feel

Siren’s Sky reminds me of: Florence and the Machine, Heather Nova, Muse, Oasis, Interpol and White Lies. Vocally all three vocalists have strong tonality and at times strong intensity. There’s no over singing anywhere – with over the top performances, always in the pocket, with emotions compatible with the score. I cannot overstate that the common thread throughout all of these pieces is the voices of Sainikova, Rasche and Bredius some adventurous playing by Kaptien.

Siren’s Sky is a strong and radiant musical foundation to grow from. I strongly recommend they either get a drummer of professional drum programmer/beat master for their next album. Drums just don’t cut it and are out of synch with the vocals.
Despite the weaknesses this CD courageously explores the boundaries between modern alt-rock and clever classic Celtic-type rock with a European flair with uncommon subtlety and well executed grace.