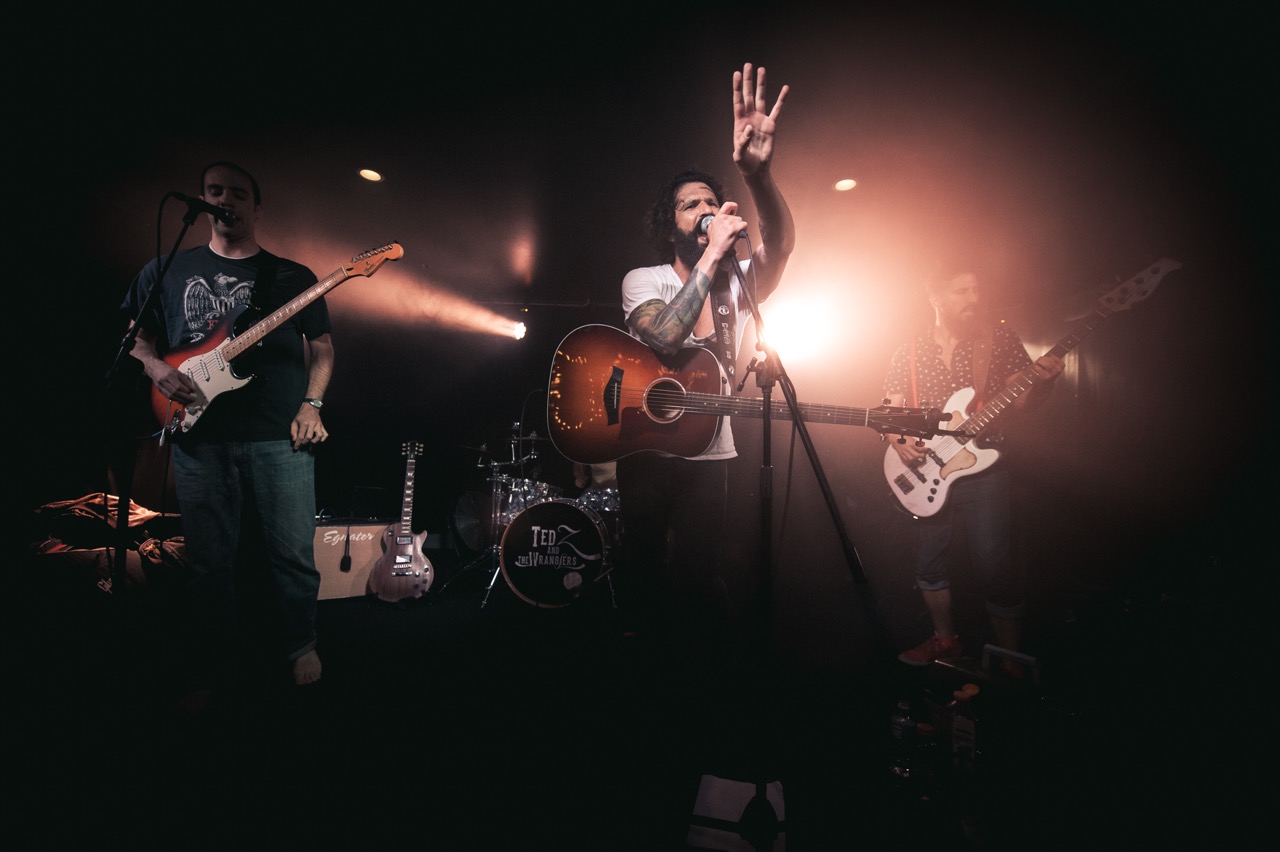 One of the many positive aspects to Ted Z and the Wranglers latest LP Ghost Town, is that it allows for nuanced and poignant storytelling in great Americana fashion. Listen all the way through the album and you will hear the soul of lead singer Ted Zakkas bleed through.

“Ratcliffe” is one of the finest examples of the band at its peak songwriting skills. It has an automatic bluesy feel, a guitar wailing, before Zakkas counts down to a more country feel. It tells the full circle story of the journey of one young man from child who “slayed himself a giant” to a full grown adult with a family of his own. In another’s hands the song could come across as cheesy, but Zakkas makes it feel fresh by keeping the tempo up at a brisk speed. Never spending too much time on one section of the mans life, Zakkas is able to come across as more matter of fact than just simply sentimental, making this track complex on many levels.

On a more radio friendly note, “Go Find Your Heaven,” is the most classic country tune, about a love that has turned sour, but even with its sing a long begging chorus it doesn’t feel stereotypical. It has the type of folksy feeling that was common in many country songs from decades past. Simple, but with lyrics that are bursting with sharp imagery such as “Goodbye ain’t something Cowboys do,” it helps cement the song as the one track on the whole album that will guaranteed be stuck in your head.

The most unique song is the title track “Ghost Town.” Here Zakkas imagines a train rolling down the track, its passengers all deceased celebrities. Though to some it may feel a bit like a gimmick Zakkas, with his earnest vocals against a sullen instrumental backdrop, makes it sound anything but. “Waylan sings along, Elvis makes his way down to the bar, Lennon speaking politics and war,” Zakkas sings, name dropping some of the most famous and beloved musicians in the world. And while Zakkas on a surface level seems to just be rattling off names, the concept behind this track is something to marvel at, and one can’t help but wonder if maybe somewhere these spirits really are all gathered together.

But without a doubt the two tracks off the LP that stand out the most are “Ball and Chain” and “Broken.” On the first, Zakkas’ vocals are a bit reminiscent of Elvis Presley (Think “Jailhouse Rock). It’s upbeat and has an additional rock quality that sets it apart from the other tunes on the album. There’s even a reference to Neil Diamond’s “Red Red Wine.” Electric guitars are set wild and free here and help serve up one of the most memorable songs on Ghost Train. It’s the epitome of cool and Zakkas nails it with every beat. Meanwhile on the other side of the spectrum, “Broken” closes off the LP on a sullen note. Never has Zakkas come off as more vulnerable, with sincere and earnest vocals to match the heartbreaking lyrics. “I don’t mind where you’ve been, where you go/All that I am kneels before you now/A broken man indeed waiting to bleed,” Zakkas admits, holding nothing back and it’s hard not to find yourself getting emotional along with him while listening to the track. And that is indeed the sign of a work of art.

There are some off moments on Ghost Train like “Kansas” which in its frantic state doesn’t have much of a melody except for the chorus. The storytelling aspect of this particular track gets an A+ with its vivid imagery, but the lack of a true melody knocks the tune down a few notches. It’s still a fine song, but compared to the other outstanding tracks on the LP it is not as memorable. “Trouble” uses some awkward phrasing such as “burn this mothertrucker to the floor” and it makes for a lackluster finish. It’s an ok tune on the surface and is still pleasing to the ears, thanks to Zakka’s vocals and polished instrumentation, but it gets lost amid other better rounded tracks.

Ghost Train is a fun and emotional ride for listeners to take board on, and like a train there may be some prolonged stops and dull moments, but for the most part adventure is to be had.

Sometimes rigidity can have an important part to play in a single, and this is …