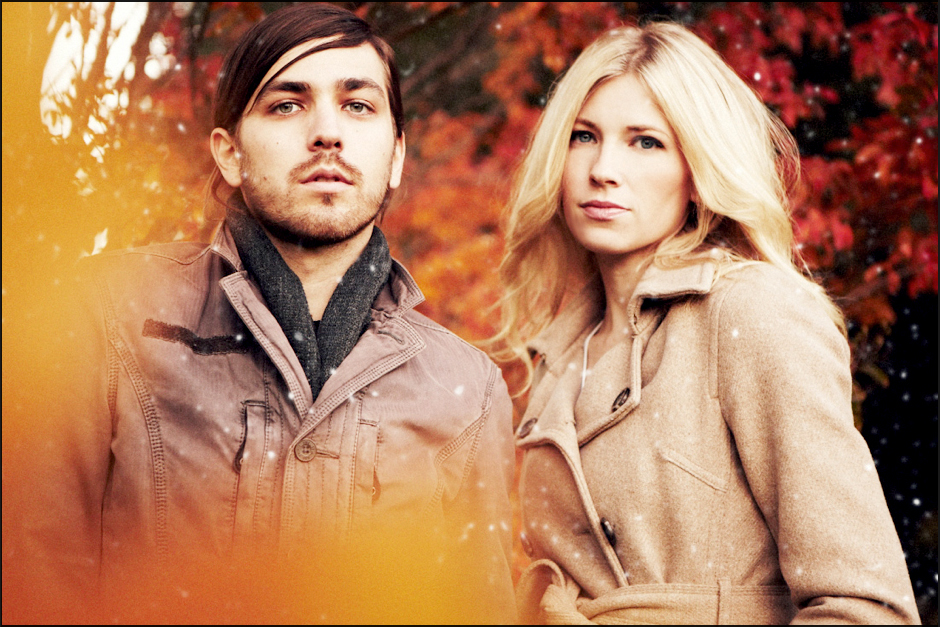 After releasing three EPs since 2011 pop duo Jack Matranga and Brooke White, better known as Jack and White, finally put out their debut full length album Lost late 2015. And it was well worth the wait.

The LP is a solid mix of love and loss wrapped up in sweet tunes that fall somewhere in between the pop and folk musical spectrum. “In Love Alone,” tells the tale of an unrequited love, but the love is not only simply unreturned, but has been given to another woman. With a sparse backbeat White sings of her woes on the chorus “I thought I had you by the sound of your tone/but I realize your eyes just put on a show/now look at me I’m just the last to know/I’m in love alone.” Powerful words, and words that are relatable and therefore has the ability to resonate with listeners. The track is one that starts off very simple but as it continues the sound becomes deeper and more complex, and one can really hear the hurt in White’s fragile voice, letting the pain through.

Matranga takes the rare lead on “The Only One for Me,” which is one of the strongest songs on the entire album. Like a lullaby, Matranga and White’s voices meld and harmonize together sweetly, but never saccharine. It’s soft and is soothing to the ears and the musicality and tone of Matranga and White’s voices couldn’t suit the lyrics better. “Let’s tangle up together and drift away/Can’t stay in bed forever but I think we should today,” the pair quietly sing, making the song as intimate as possible. There is such an ease to Matranga and White here that one can’t help but drift away with the two, and that quality alone makes “The Only One for Me” the most effortlessly crafted tune on the LP.

Taking a slight detour in sugary melodies, Jack and White find themselves in experimental territory on “Wingless Flyer.” And while this a departure from their usual light sound, the two wear edge well. There’s still plenty of pretty harmonizing, but with an electric guitar serving as part of the instrumentation it helps bring a darker tone to the track. Matranga is also mainly at the helm here with White coming in to add a more delicate touch, and the two perfectly balance each other out really highlighting one another.

There are always going to be that one track that just stands out from the rest, and it may come as no surprise that in this case it is the leading single and title track “Lost.” With an unmistakable folk sound, White’s voice is never more strong or ethereal than here with Matranga joining her for the chorus. There’s an earthy quality to the tune in the lyrics mentioning “the wild” and other rustic themes. The verses are quiet, so when the chorus starts up a bit louder and bolder one sits up and takes notice. It’s quite catchy and is the most radio friendly tune on the LP. That factor doesn’t always make a song the best on an album, but in this case one can see why the duo selected this particular track to lead off this brand new venture.

Even though the album is very consistent, there are a few tracks that slightly fall short to the standard Jack and White have set up for themselves. “Quick Like Sand” has a more upbeat sound, and has “A Horse with No Name” by America vibe to it. It’s not bad by any means, and if anything it is nice to see the duo pick up the pace a little, but it is overshadowed by many more memorable songs. Elsewhere “Jump the Gun” has a very Carpenters feel, and while that is certainly not a negative aspect, it’s definitely in White’s wheelhouse vocally, the chorus is the only one on Lost that is entirely forgettable. There’s nothing particularly special about the track, especially by the time listeners get to it at the end of the album, and it doesn’t carry a lasting impression that Jack and White songs are known for.

The majority of Lost is a pleasure to listen to, and while you may find yourself skipping a track or two here and there, the cohesiveness on the LP is something to treasure as whole and deserves more attention in the music world.