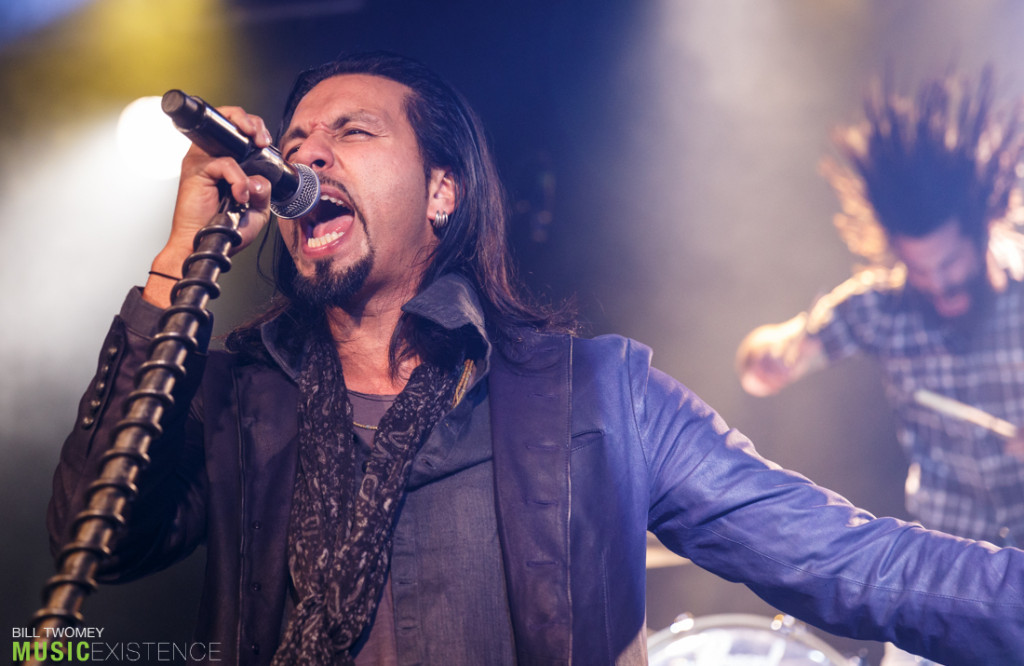 Pop Evil returned to New Jersey’s Starland Ballroom last week for their first ever headlining show. Before they hit the stage, they did an on air interview with WDHA. Pop Evil mentioned that the show at Starland Ballroom would be special; one of the band’s longest sets to date. That’s pretty awesome, if you ask me, as New Jersey fans were treated to a fantastic set of both new and old material from Pop Evil. Starland Ballroom holds a special place in the hearts of Pop Evil’s band members, as they signed one of their very first record deals at Starland.

The crowd welcomed Pop Evil with open arms and embraced every second of the adrenaline filled performance. “Deal with the Devil” was a great choice to open the show with too, as it fits as a perfect intro. Joshua Marunde (drums) Nick Fuelling (guitar), Dave Grahs (guitar) and Matt DiRito (bass) took the stage. They were followed by Leigh, who came out and started singing. At that exact moment, is when Starland Ballroom lost control and exploded. The rock show had begun.

Pop Evil fans at Starland Ballroom got to hear one of the first ever live performances of “Vendetta”, which is off of Pop Evil’s most recent release, UP. “Vendetta” is another upcoming Pop Evil hit, that has the ability to become the band’s next single. Speaking of the singles, I was thrilled to here one of my all time favorite Pop Evil songs, “Ways To Get High”. This one is also from UP.

Not only did Pop Evil start begin the night with newer material, they also took a trip in the way back machine. A nice addition to the set was Tom Petty’s “I Won’t Back Down”. The overall performance of this song was intense. The band was in extraordinary form and so on point, it felt like Pop Evil had originally wrote this song. You heard me right, the cover was better than the original. Bands that can perform covers better than original artists hold a special place in my book. I’m looking at you, Pop Evil.

The second half of the set was filled with many Pop Evil classics such as “100 in a 55”, “Boss’s Daughter” and “Monster You Made Me”. I enjoyed 100 in a 55, which started off with Leigh on stage with just his guitar. After working out some minor technical difficulties, Leigh gave Starland Ballroom one of the most unique versions of “100 in a 55”. He sung his heart out. It was the best performance I’ve ever seen of “100 in a 55”. His performance was on it’s own level, incomparable.

For the encore, I could not believe I was watching Leigh belting out “Trenches” from the top of bar. He made it way through the packed house to the bar on stage right. At this point, it was clear that Pop Evil put one of the best live shows you’ll see. The venue transformed into a small local neighborhood bar. It’s not easy to portray that feeling through rock shows these days, unless you connect with the crowd. Connecting with the crowd is something that Pop Evil has been able to do for years and I don’t see them stopping anytime. They’ll be back out on the road in 2016, don’t miss them. Pop Evil will continue to be one of my all time favorite bands.

For more information on Pop Evil:

Resident Music and Photography addict from Northern, New Jersey.. USA. Got into both music and photography at a young age.. it's been history since!
@billtnj
Previous Top Five Albums Of 2015
Next Ocasan get into the Christmas spirit with ‘Welcome To The World’